Previously I had written about how the FZ25 is a perfect replacement of the FZ16 that I currently own. Given how impressed I was with the bike and the growing faith in its abilities, I decided to head out on a long road trip. After all, it was a long weekend that coincided with the arrival of the monsoon. To me, that meant the first long ride in the first rains. A quick look at Google Maps and I chalked out a circuitous route that spanned 1,000km. 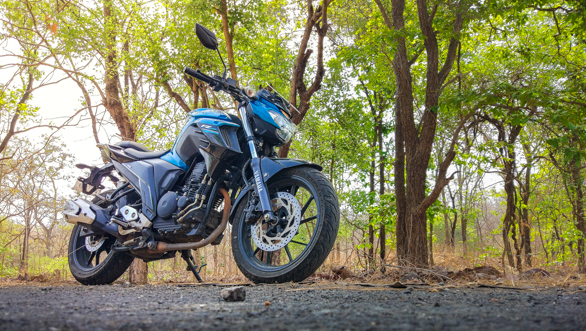 The rainwashed Pune-Goa highway was a treat to ride on and I revelled in the surefootedness of the FZ25. For the first few hundred kilometres the bike felt as I was asking for too much from it but once I understood the sweet spot in the rev range, the engine felt smooth as a hot knife cutting through butter. The MRF tyres were impressive in the wet which gave me the confidence to open the throttle wider than I normally would.

The climb up the Sahyadri ghat was a highlight of the trip and the heavy rains made riding a bit challenging but a lot of fun! I reached Satara via Poladpur and Mahableshwar where I faced a few bad stretches. I also explored a few country roads throughout, the suspension performed well, which is impressive because I had also mounted luggage on the rear seat. 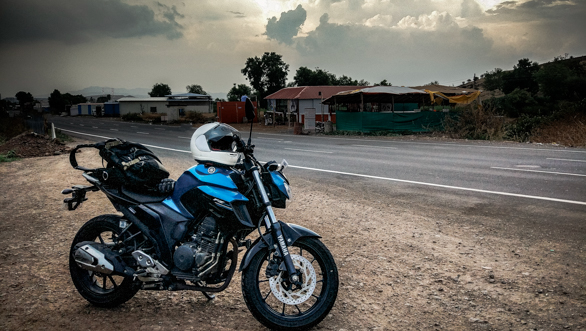 On the way back I joined the NH4, a smooth and fast highway so I basically rode flat out towards home. All along, the fuel economy hovered in the 30-32kmpl region translating to 250km-260km on a tankful. That said I sorely missed a sixth gear as the fifth gear feels short when you are riding longer distances. Another issue I find is the LED headlight that's too focused. It is bright but the issue, I feel, is with the rubber bushing that comes loose after some time. This causes the headlamp to vibrate mildly, resulting in a shaky beam thanks to the focused nature of the LEDs. I'm heading to the service centre to fix this as well as get it serviced.

Last update: The FZ and I go trail hunting

Next update: The bike returns from service to take on Mumbai's monsoon