After months of speculation, the news is finally out. McLaren has given Fernando Alonso the green light to compete in the 2018 edition of the  24 Hours of Le Mans. The Spaniard will join the Toyota Gazoo Racing outfit for the race at the Circuit de la Sarthe. He will also compete in those rounds of the 2018 World Endurance Championship that do not clash with the Formula 1 calendar, starting with the race at Spa Francorchamps in May this year. 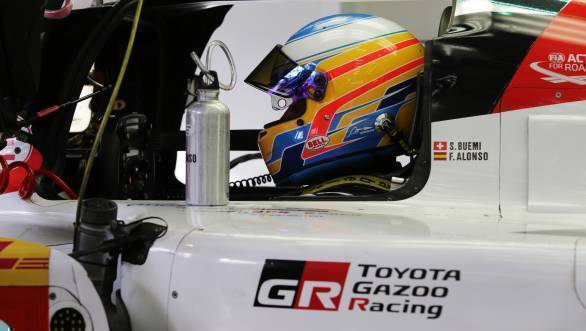 Fernando Alonso will compete in the 2018 24 Hours of Le Mans with the Toyota Gazoo Racing outfit.

While the lineup for the No.7 Toyota TS050 Hybrid won't change, with drivers Mike Conway, Kamui Kobayashi and Jose Maria Lopez continuing to pilot the machine, it's the line up in the No.8 Toyota that has been shuffled. Sebastien Buemi and Kazuki Nakajima will now be joined by the double F1 world champion for the races. Anthony Davidson, who Fernando Alonso replaces at the team, will continue with the team, although in a development and reserve role.

Alonso, who has made no secret of the fact that he hopes to someday win the Triple Crown in motorsport (winning the Monaco GP, the Indy 500, and the 24 Hours of Le Mans) said, "I am very excited to participate in the Le Mans 24 Hours for the first time. It is a race which I have followed closely for a long time and it has always been an ambition of mine to participate. Endurance racing is a different discipline compared to single-seaters and I enjoyed my first taste of it at Daytona." The McLaren driver went on to say that he looks forward to driving alongside with his new team-mates Buemi and Nakajima, both of whom are experienced endurance racers. "It will be a steep learning curve for me but I am ready for this challenge and I can't wait to get started," Alonso continued.