Ferrying drunk passengers could land you in trouble in India

The government comes up with myriad number of laws every now and then. Just when we were coming to terms with the whole GST structure as well as with the increase in taxes for SUVs, the government is planning to throw in some more googlies. 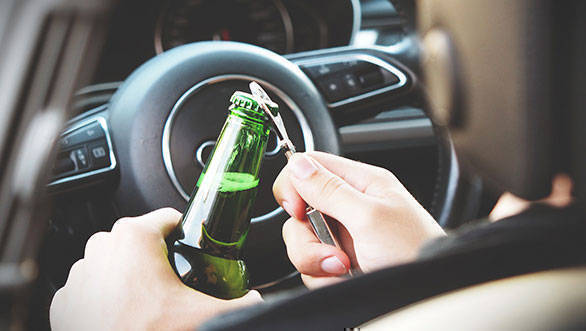 Imagine this plot! You and your friend have attended a party where your friend ends up downing a glass or two. You're the teetotaler who has to drive your friend back to his place. If there is a nakabandi, the earlier practice will be to let you pass after the usual questions and tests are answered.

However, they will now even check your friend, and both of you could end up in jail or paying a hefty amount as a fine. Yes, the new proposed amendment to the Motor Vehicle Act says, "The driver shall strictly comply with the laws for the time being in force relating to the prohibition on the consumption of alcohol and drugs and smoking, and also ensure compliance there by the other crew, riders and passengers if any."

But relax. This rule still hasn't been implemented or rather isn't been followed by both the drivers as well as the enforcers. A few police officials we spoke to said that the problem lies with the public perception wherein they assume the one driving is not supposed to be under the influence of alcohol. Also, if it's a taxi driver, he has to ascertain whether his passenger is drunk or not.