Sujith Kumar has recently been elected the vice-president of FIM Asia. The former five-time Indian National Rally Champion now joins FIM Asia president Stephan Macky Carapiet of the Philippines, along with vice-presidents from Bahrain, Guam and China on the FIM Asia Board. Speaking to OVERDRIVE, Sujith, who also heads the FMSCI's two-wheeler racing commission, enumerated his goals and duties in his new post, stating that his prime focus "was purely on the development of two-wheeler motorsports and the good of the riders." He continued on to say, "I believe that now is the right time to ensure that India is represented on motorcycle racing's regional governing body so that it can influence the development of the sport throughout Asia in the best possible way." 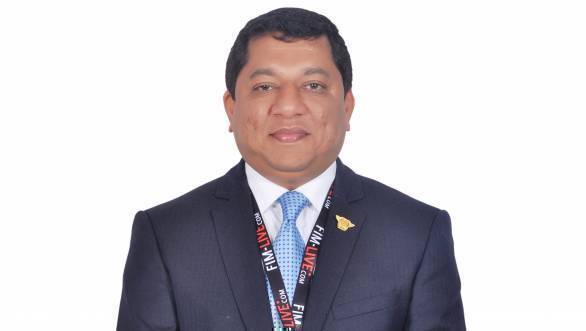 Speaking of India's connect with international motorsport, Sujith said, "During 2018 we will have more international events coming to India and more Indian riders competing in other countries and championships. It is an exciting time and we are extremely fortunate to be working together with strong sponsors who recognise the commercial importance of motorcycle racing and are committed to making things bigger and better."

Speaking of the draw that India has for organisers and the reason that they want to host international events in the country he cited the support from domestic fans as one of the reasons that India is a desirable location for two-wheeler racing. "Motorcycle racing in India has huge support from fans and we consistently have many times more spectators at our races than other countries in the region are able to achieve. This means that more international promoters want to hold events at Indian Circuits." Add to this the fact that India does have qualified race officials and, now, good race tracks, and the case becomes clearer. "We already have excellent race officials and circuits that riders love to race at, like Madras Motor Racing Track and the Buddh International Circuit. The FIM Asia Supermoto series, which races on temporary city centre circuits, also brings the opportunity to bring the thrill of international motorcycle racing right to the people."

There are rider development plans too, that focus on creating opportunities for talented Indian riders in to compete in other parts of the world too. "For elite young Indian riders we will be collaborating with FIM Asia colleagues to create opportunities for them to compete in other countries and series in Asia. Our aim is to have a progressive development path that will enable them to compete in world championships," said Sujith. In order for us to understand this, he charted out a possible progression, "For an example of a first possible step, Thailand has a Supersport 400cc class which has young international race winners running at the front. By putting Indian racers into such an environment, we will be able to measure their current level and plan what needs to be done for them to fulfil their potential and become competitive on the international stage. The next step would be for them to compete in the Asia Road Racing Championship, which has World Superbike and Grand Prix stars providing a further test for our riders."

But the main area of focus for Sujith will be the Tri Nation region. "I am in charge of the newly formed Tri Nation region comprising of Sri Lanka, Nepal and India. We will focus on promoting two wheeler motorsports, bringing international events, educating motorcycle users about road safety, promoting environmental projects etc in the region," he said. Another area of focus will be the possibility of touring events across the region.

The final goal, Sujith said, would be to encourage more women riders in motorcycle racing. "Our mission is to promote equal treatment for women involved in motorcycling activities. Motivate more women who want to compete by providing them with the opportunity both to develop the necessary skills and opportunity to participate in motorsport events," he concluded.