Ford India has issued two recalls affecting around 48,700 EcoSport units. The first recall has been issued for around 48,000 Ford EcoSport diesel vehicles manufactured between April 2013 and June 2014. On these units, Ford will be installing a new bundle clip on the fuel and brake lines.

The second recall has been issued for 700 EcoSport units which were manufactured between January and February 2016 and come equipped with a 60:40 rear folding seat. In the official release, the company states that 'on certain vehicles the 40 per cent rear seat backrest might have been assembled with bolts that do not meet Ford's material specifications potentially causing them to break.' 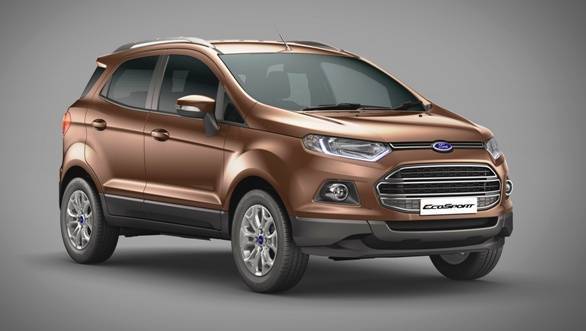 The company says that so far there have been no customer complaints, accidents or injuries reported owing to these parts. The company is trying to reach out to owners of the affected vehicles. The vehicle owners are being requested to contact the nearest Ford dealership so that the parts can be fixed free of charge.

Ford has previously recalled the EcoSport multiple times. In December 2014, it recalled 20,752 units to check for a fuel and vapour line corrosion concern and to reorient the wiring harness for the deployment for the side airbags. In July 2013, the EcoSport diesel variants were recalled to relocate the Glow-plug Control Module to higher location within the engine bay.