To celebrate 50 years of one of America's favourite muscle cars, Ford has unveiled a special limited edition of its Mustang. The unveiling too was done in style, as the new car was shown to the public for the first time at the observation deck of the Empire State building situated on the 86th floor. This model will be available in dealerships by September this year with pricing yet to be disclosed. 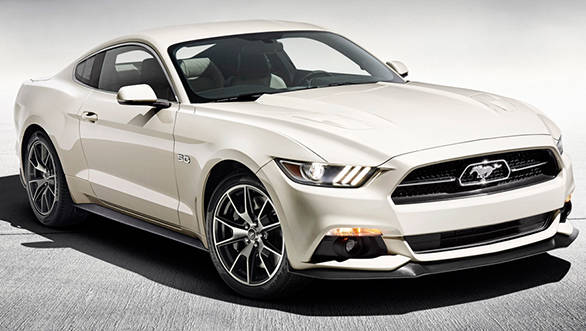 The first Mustang debuted in 1964 at New York's World Fair and that is the reason for the 50th edition being revealed in the same city with only 1,964 examples to be made. The car has a modern design and at the same time resembles the original Mustang in many ways with some aspects of the design paying tribute to its predecessor, like the tail lamp blades, Wimbledon white colour (which was also used for the first model) and fuel filler cap. 50th edition badging can also be seen on the front fenders and at the rear below the GT badge. The 19-inch alloy wheels feature a unique Y-spoke design which are reminiscent of the chromed steel wheel found on the original. Apart from the Wimbledon white only one more colour in the form of Kona Blue is available. 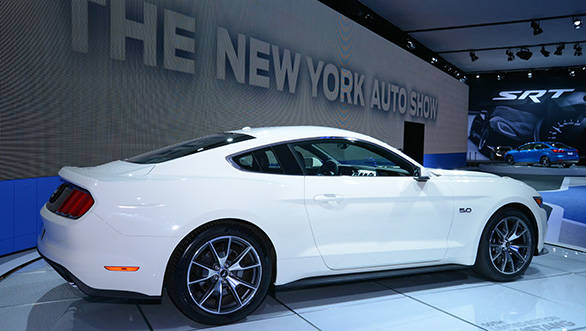 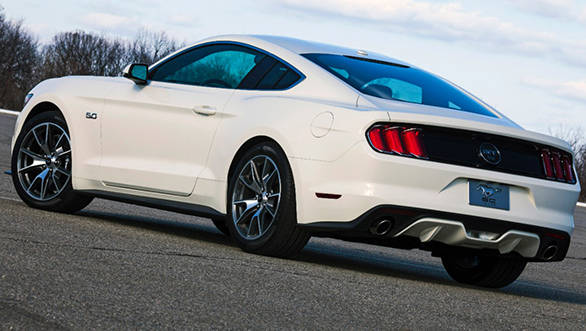 Cashmere leather is found all inside the cabin. It has been used as upholstery on the two tone seats, steering wheel, central armrest, gear shifter boot and the dashboard as well. The stitching used is also the Cashmere type. 50 year logo is emblazoned on the back rests. The instrument panel is done in aluminum giving a contemporary look to the cabin. 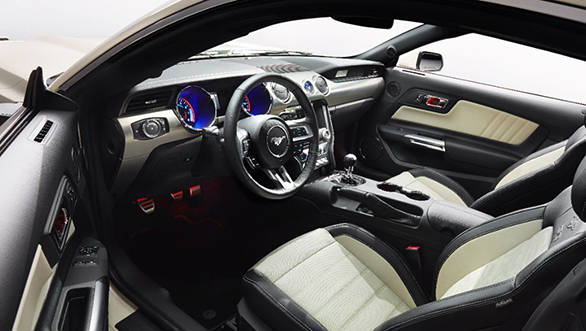 Cashmere leather is found all inside the cabin

The engine is a 5.0litre V8 which generates 426PS of maximum power and 528Nm of turning force. Customers get to choose between the options of six-speed manual or automatic transmissions. 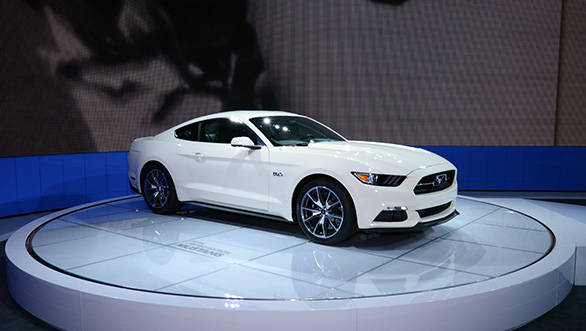 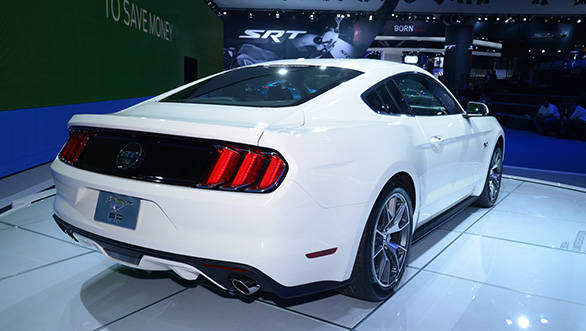