Ford Motor Co has announced that it has planned investments of $11 billion (Rs 69,861 crore approximately) towards electric vehicles by 2022. Chairman of Ford Motor Co, Bill Ford said at the Detroit Motor Show, that the company will add 40 hybrid and fully electric vehicles (EVs) to its global lineup in three years. Earlier, Ford had announced an investment of $4.5 billion into EVs by 2020. Of the 40 electrified models, 16 will be fully electric, while the other 24 will be plug-in hybrids. "We're all in on this and we're taking our mainstream vehicles, our most iconic vehicles, and we're electrifying them," Ford told reporters. "If we want to be successful with electrification, we have to do it with vehicles that are already popular." 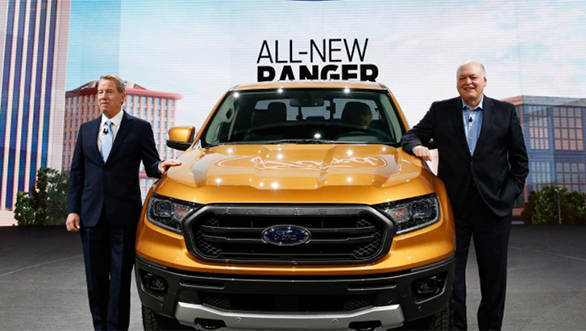 Ford also plans to cut as much as $14 billion (Rs 88,837 crore approximately) in costs over the coming five years and move capital investment from sedans and internal combustion engines towards pick-up trucks, as well as electric and hybrid vehicles. General Motors, Volkswagen AG, and Toyota Motor Corp have already announced similar plans for their model line-ups for over the next few years. The Indian government has clearly outlined its plans for auto manufacturers on the one hand and EV makers including Tesla Inc have already gained mainstream popularity with their electric vehicles, leaving major manufacturers with no option but to evolve their strategies.