Late on Thursday, Ford Motor Company announced that it plans to stop selling sedans in the North American market over the coming year. This announcement is a strategic cost-cutting move aimed at Ford narrowing its focus to more profitable pickup trucks, SUVs, and crossovers. According to the Ford USA quarterly release, by 2020, almost 90 per cent of the Ford portfolio in North America will be trucks, utilities, and commercial vehicles. The sedans slated for the cull include the Ford Fiesta, Fusion, and Taurus. There is no announcement yet about how this move will affect Ford's plans for India. Ford just launched the Ford Freestyle crossover in India yesterday at Rs 5.09 lakh (ex-showroom, Delhi). 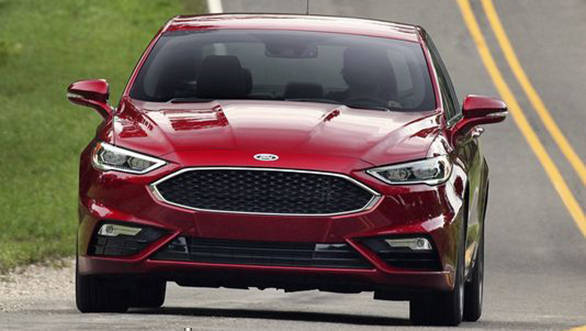 "Given the declining consumer demand and product profitability, the company will not invest in next generations of traditional Ford sedans for North America," the release stated. Ford will also stop selling the Focus in its traditional compact form, and instead repurpose it as an Active crossover. A report from Automotive News states that over the coming year, Ford will cycle out the Ford Focus by May 2018, the Taurus by March 2019, and the Fiesta by May 2019. The Ford Fusion will be the last to go.

This shift from sedans and compacts also shows Ford's moving of production of such vehicles from its Mexico plant to China. The Ford Focus Active crossover will be produced in China starting from mid-2019. This change in plans also leaves the popular and hugely successful Ford Mustang as the only non-SUV car available in the North American market after 2020. The Mustang was recently announced as the best-selling sports coupe in the world for the third year in a row.