Formula 1 recently announced their new rules and regulations for the 2021 season of racing, including the fact that the sport is committed to using a fuel mix that consists of petrol with 10 per cent biofuel. This is only the first step towards the sport going green. Formula 1 has now announced its rather ambitious plan to move to a carbon neutral future by 2030. The initiative includes F1 cars, on-track activity, and the sports overall operation as a whole. 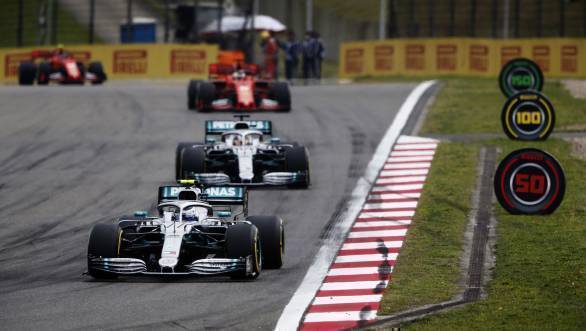 F1's 2030 plans have come about after a lot of work and continuous discussion between the FIA, Formula 1 teams, the sport's partners and promoters, and sustainability experts. While the focus on carbon reduction is meant to start right now, the long-term goal of going carbon neutral is going to be a slower process. Before reaching that milestone, F1 plans to be fully sustainable by 2025.

While detailed plans for F1 2030 are yet to be revealed, the Formula 1 website currently states that in addition to "the plans to eliminate the carbon footprint of the F1 car and the on-track activities, initiatives will include action to ensure F1 moves to ultra-efficient logistics and travel and 100 per cent renewably powered offices, facilities and factories."

However, by 2025, Formula 1 will use sustainable materials, will ban single-use plastic, and will also ensure that waste is reduced, recycled or composted. Additional incentives are being planned, including offering fans a green option of transport to the racetracks.

Formula 1 has used turbo hybrid power units since 2014, and is set to continue to use this type of an engine till the end of the 2025 season. From the 2026 season onwards, there will be a new engine specification that will be a step-up in terms of efficiency. For 2030, the owners of Formula 1 are hoping to have the world's first net-zero carbon internal combustion engine.