Formula 1: Red Bull wants Audi on board in order to continue F1 operations

Fed up with its dismal, below par performance this season, Red Bull has threatened to quit Formula 1 once again. The one thing that might make the energy drinks manufacturer reconsider this move is if Audi, who currently dominate the endurance racing scene, come on board. 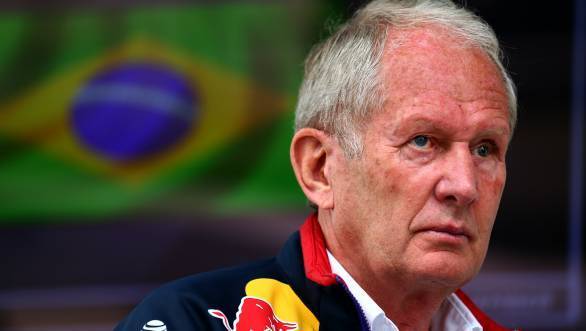 The multiple F1 world championship-winning team have been very vocal about their displeasure about the Renault engines that power their RB11. The rule changes for 2014 have left Renault playing catch up with other manufacturers. In fact, the power units have faced multiple reliability issues this year forcing engine replacements. With a cap on the number of engines that a car can use per season, Red Bull are certain that grid penalties for using additional engines are inevitable.

Helmut Marko has now indicated that Red Bull currently seeks Audi's collaboration in Formula 1. Given the recent turn of events in the Volkswagen Group, with the dismissal of Ferdinand Piech, Red Bull is hopeful that the German marque will come on board. Piech had been opposed to Audi entering Formula 1 primarily due to his frosty relationship with F1 supremo Bernie Ecclestone. Now, that he is no longer at the helm of affairs, the tie-up with Red Bull would seem like a fruitful proposition for Audi.

Helmut Marko was quoted saying, "Officially there was no request or talks. The VW Group first has to sort out who will be the new chief of support, who will run the brand of VW, and when they have sorted all these things maybe then they can think about what they are doing in motorsport."

Red Bull driver, Daniel Ricciardo is currently seventh in the drivers' championship with 25 points whereas Daniil Kvyat is a distant fifteenth with just five points. The team stands fourth in the constructors championship with 30 points.