Formula E suspends all races for the next two months

Formula E has announced a suspension of all races of the 2019-2020 season for a period of two months. The cause for the suspension of races is, of course, the Coronavirus pandemic that continues to wreak havoc around the world.

The Paris and Seoul ePrixs have now been postponed, in addition to the other three races that have been called off - Sanya, Rome, Jakarta. This means that the next race that will take place is likely to be the Berlin ePrix, scheduled for June. Formula E will eventually work towards rescheduling the races that have been cancelled, once the temporary suspension is lifted. 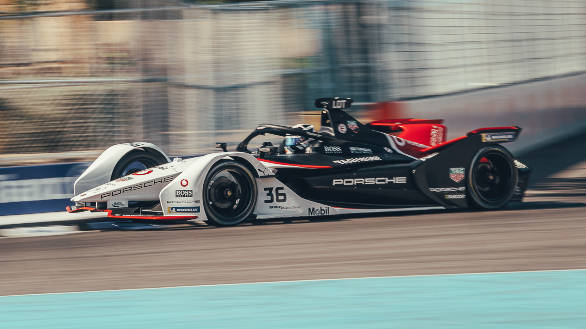 In the meanwhile, Formula E has implemented a coloured flag system that will help determine time periods during which races might be scheduled, and during which they may be affected or called off. The red flag indicates zones where races have been called off, the yellow flag indicates zones where races might be affected, while green flags indicate a period where racing will go ahead. The months of March and April have been red-flagged, May has received a yellow flag, while June and July have been given a green flag status for now.

In a statement issued by Formula E, the series' founder and chairman, Alejandro Agag said, "Right now is the time to take responsible actions and this is why we have decided to temporarily suspend the season and move forward with introducing measures to freeze races from taking place over the next two months. Motorsport plays a major part in our lives and it is important, but what is more important is the health and safety of our staff, fans and their families, as well as citizens in the cities we race. The ABB FIA Formula E Championship will be back in full force, once the ongoing health crisis and spread of COVID-19 has subsided."

In the meanwhile, Mahindra Racing's team principal and CEO, Dilbagh Gill said, "We are in full support of Formula E's decision to temporarily suspend the season. With the World Health Organisation declaring COVID-19 a pandemic, the world is facing an extraordinary challenge, and it is up to all of us to be responsible. In addition to Formula E's decision, as an organisation we are also taking measures to protect our workforce. The most important thing at the moment is the consideration of the health and safety of the people in our ecosystem; from our staff to the wider championship workforce, our partners and suppliers and our fans."