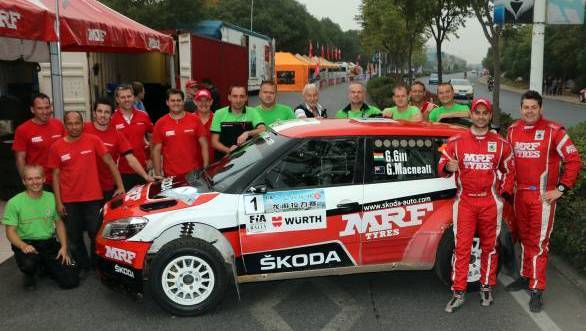 Gill took the lead on the short initial superspecial, Lappi pulled ahead on the first orthodox stage, Gill was 1.5 seconds ahead after the next stage before Lappi finally established himself ahead. The interest in the race ended on stage six when Gill stopped to change a flat tyre.

On Day 2, Gill then suffered transmission trouble and his car reverted to two-wheel drive. The event was based at Longyou southwest of Shanghai, using stages which were gravel and concrete based. Run concurrently with the APRC event was the penultimate round of the national CRC series and run to special technical rules. Chris Atkinson suffered steering and then differential problems with his VW Golf, Jari Ketomaa retired with engine problems with his Soueast team Mitsubishi V6 and Subaru driver Mark Higgins was excluded for not stopping at a control.