Three-time Asia Pacific Rally Champion, Gaurav Gill, is returning to JK Racing. The Indian rally ace, who had competed with the MRF Racing squad for 12 years since his departure from Team Yellow, will now return to the very team that first gave him a leg up in the world of motorsport. He will spearhead JK Tyre's return to rally sport at a National Championship level, and will also head overseas to continue his programme in the WRC2, contesting in at least three rounds of the championship this year.

Gill, who also has six INRC titles under his belt, said, "I am thrilled to be back with JK Tyre under whose guidance and inspiration I learnt everything about this beautiful sport." His role in rallying with JK Tyre involves developing the next generation of drivers, and also helping develop tyres for the manufacturer. 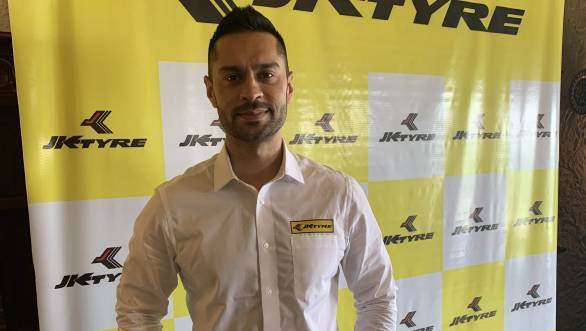 Gaurav Gill is back with JK Racing after 12 years

"We are delighted to have one of the world's finest rallying talent with us," Sanjay Sharma, Head- Motorsport, JK Tyre, said. "He will not only strengthen our immediate rallying thrust but more excitingly will work with us to develop the next generation of drivers. Gaurav's experience and expertise will also come in handy for the brand in testing and developing even more robust tyres," he added.

In the meanwhile, Gill is meant to be targeting the European Rally Championship, and will also compete in a minimum of three WRC2 events, although the specific rounds that he will take part in are yet to be announced.

The Gaurav Gill Rallying Academy, now powered by JK Tyre, will soon become a hub for all off-roading activities and will be aimed at developing a new breed of drivers. In addition, a new JK Tyre Rallying team will be launched soon, and the drivers within the team will get to compete in FIA-R2 spec cars. The team will compete in the 2020 season of theChampions Yacht Club Indian National Rally Championship. JK has declared the aim is for a clear progression through the rungs of rally sport, with beginners learning the ropes in cross karts.

"The sport has given me everything that I have today. I want to give something back to it, even as I chase my other goals in motorsport. JK is the perfect platform for both. Their programme has been designed to help new talent be on par with international counterparts, honing their skills in the most conducive environment and ambience," Gaurav Gill said.

Gill is under contract to drive for the Mahindra Adventure team in the Champions Yacht Club Indian National Rally Championship in 2019, piloting an XUV300, that will be shod, we are given to understand, with MRF Tyres this year, since Mahindra is committed to running with MRF tyres in 2019.