All those rumours of GM India launching the Spin MPV in the country (after it was spotted testing near the marque's Halol plant) have now turned out to be true. General Motors has issued a press release which schedules the launch of the Spin MPV in India by 2016. Not only this, GM India will also launch the new Trailblazer SUV in the country this year.

The Spin MPV is likely to sit above the Enjoy, which incidentally didn't have as good a run as GM would have liked. The Spin MPV doesn't look like it will stand a chance either given that it is entering the party too late. It is 4.6m long, the Enjoy falling short by a few millimetres. The choice of engines for the Spin internationally are the 1.3l diesel in the 75PS guise and a new 1.5l petrol motor which makes 109PS/141Nm. While the 1.3l diesel gets a 5-speed manual transmission, the petrol has a 6-speed automatic. The Spin is available as a strict seven seater and has three rows of seating.

While it looks contemporary compared to the Enjoy, it seems like GM have used higher quality materials in the cabin. The instrument cluster is fully digital like in the Beat and Sail. The second and third row can be folded flat to increase the boot space or carry extra luggage. All three rows have their individual cooling vents. The Spin thus may sit somewhere in between the Innova and the Ertiga, the two most dominant MPVs in the market today. In either case, its got a tough task ahead of it, especially since customers seem to be losing faith in the parent brand. Sales have declined to all time lows and General Motors will have to get aggressive in both marketing and pricing of their products. Aggressive pricing, however, may not necessarily mean cheap but if GM can create a niche for themselves then they may have a chance at making good their investments in this product. 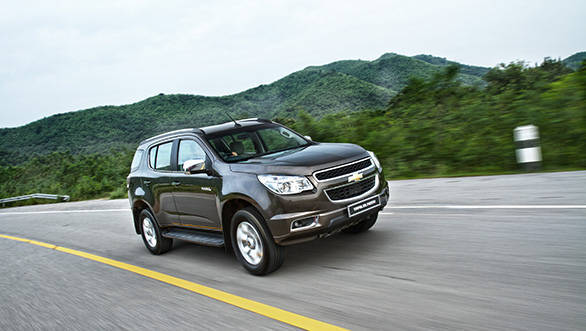 The new Chevrolet Trailblazer MPV in the meanwhile will probably be positioned above the Captiva or even replace it. When it was launched, the Captiva had fewer competitors to take care of. However, with the intensifying number of new vehicles and carmakers vying for a spot in the premium SUV segment, the Captiva numbers slowly faded into insignificance.

The Trailblazer will add some muscle to the proceedings with its humongous size. In fact, the Trailblazer looks similar to the current generation Fortuner in sheer size. This also means we may get the full seven-seat package or else this vehicle would make little sense. The Trailblazer gets 2.8-litre and 2.5-litre diesel engines which make 200PS/500Nm and 163PS/380Nm, respectively and are mated to either a 6-speed manual or an automatic transmission. The Trailblazer is also available with a choice of 4x2 and 4x4 options. 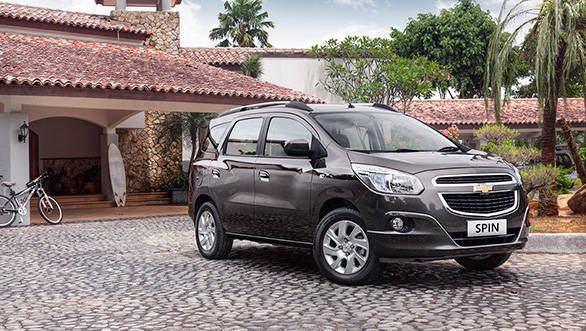 There is nothing new that the Trailblazer brings to the table as of now and trying to figure out its USP has been a challenge to us. The competition has covered all angles offering projector headlamps, automatic climate control, seven seater capacity and tons of other features in addition to strong service backups and a richer ownership experience. The Chevy Trailblazer may have a hard time drawing customers to showrooms given that the Chevrolet dealer and service network is amongst the lowest in the country. Having said that, General Motors India have also mentioned in their press release that these vehicles will be exported abroad, which means GM globally will look at India with a keener eye for an export base thanks to the equation of good quality at low manufacturing costs.

Overall while the ownership experience of either the Trailblazer or the Spin may not be the best there is. If the product is strong, which we will have to find out and report to you later, it might give General Motors India the boost they desperately need.