Subaru has debuted its long awaited WRX STI sports saloon at Geneva. The car has witnessed strong demand in Europe and the first allocation of  has already been reserved. The new model will be on sale from May 1, with a price of 28,995 pounds (Rs 29.62 lakh).  But the attractive part for UK customers is that the new car is 4000 pounds (Rs 4 lakh) less than the outgoing car, this depreciation been attributed to changes in currency exchange rates. 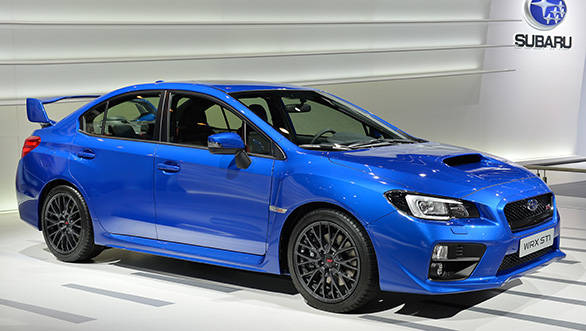 The new STI gets an all new exterior based on the concept that was previewed earlier though the production version doesn't seem to be as visually appealing. The new car is claimed to be more spacious and practical too with the boot space increasing by 40 litres. The interiors have undergone tremendous improvement over the previous generation and get a combination of carbon like and metal trims to lend the cabin a sporty feel. Soft touch materials are also placed at appropriate places to enhance comfort. Steering wheel is now D-shaped to improve feel.

The engine is Subaru's horizontally opposed, four-cylinder, turbo-charged Boxer which displaces 2.5litres and produces 300PS of max power and 407Nm of torque. Transmission is a six-speed manual which has been improved to provide quicker and shorter gearshifts. 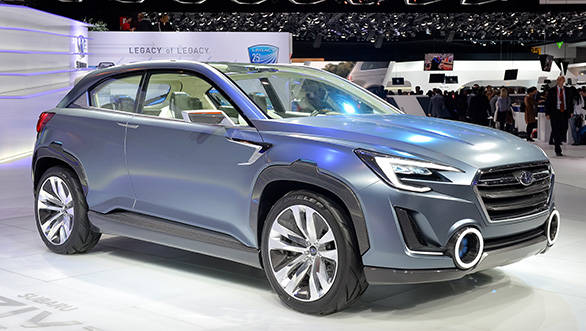 Subaru also unveiled the Viziv 2 concept at Geneva. This is a hybrid vehicle aimed at the eco-friendly customer. It derives its power from a 1.6litre boxer diesel engine paired to a continuously variable transmission powering all the wheels. In addition to the diesel engine there are three electric motors- one at the front and two at the rear. Subaru says that the electric motors drive the car at low speeds and the diesel engine takes over when speed increases. Stop & Start functionality is included to add to the fuel economy figures. Subaru's SI-Drive system has been modified for the hybrid nature of this vehicle, when in eco cruise mode this system in conjunction with Eyesight safety feature monitors the road ahead and accordingly adjusts the engine power output thus conserving energy.