Hyundai has revealed the 2019 Santa Fe at the Geneva Motor Show ahead of its European launch later this year. The Santa Fe now wears a sharper design theme that is inspired by the Kona compact SUV that debuted last year. This design, comprising of the cascading grille and the vertically stacked split headlamps, is now going mainstream for all Hyundai SUVs (as seen on the Kona, Nexo and Santa Fe) and will soon been seen on the upcoming all-new Tucson as well. Hyundai is also said to be working on a SUV larger than the Santa Fe and it will be around the same size as the Kia Telluride Concept from 2016. 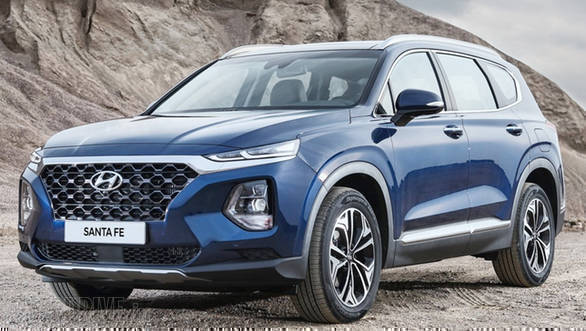 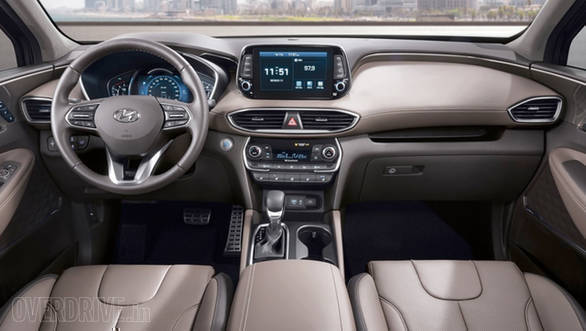 The Santa Fe seen here will be available in five and seven seater (Santa Fe XL) configurations. The cabin has a minimalist design and is draped in leather for a premium appeal. It gets creature comforts like wireless charging, multi-zone climate control, a 7.0-inch touchscreen infotainment system with Apple CarPlay and Android Auto functionality and satellite navigation. 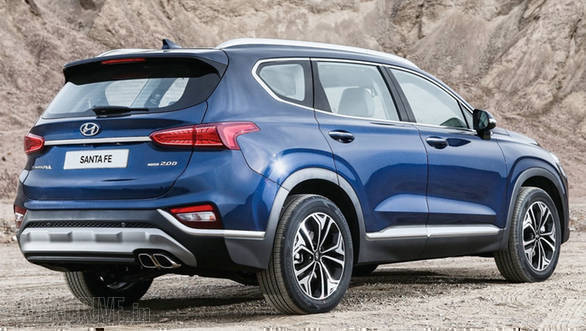 Safety technology includes automatic emergency braking, blind spot warning, rear cross-traffic warning and the ability to temporarily prevent the opening of doors when an object (like a vehicle, pedestrian or cyclist) is approaching from behind. For parents and pet lovers, there is also a new feature that warns the driver if they lock the car with an occupant in any of the rear seats. How cool is that!