If you were wondering how to enjoy the wind in your hair this summer without missing out on active aero, Lamborghini has the answer. Say hello to the Huracan Performante Spyder that been showcased at the 2018 Geneva Motor Show. This is the topless version of the Nurburgring lap time record breaking Huracan Performante that was all the buzz at last year Geneva show. What's new you ask? The slipperier, Super Trofeo race car inspired body work of the Performante Coupe with a soft drop top, not to forget Lamborghini's patented active aero system, the Aerodinamica Lamborghini Attiva. 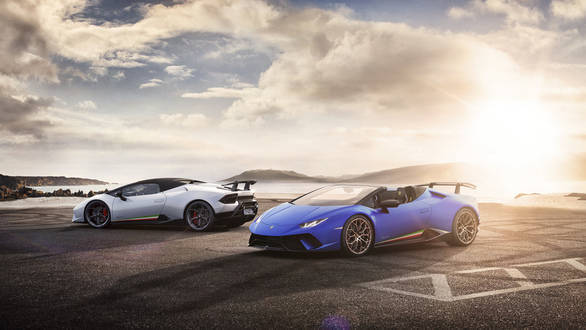 Lamborghini confirms the soft top will not affect the aero, and the roof can be retracted on the go in 17 seconds and at speeds up to 48kmph, just like the regular Huracan Spyder. It might sound ironical to some  the most aerodynamic sportscar without a retractable roof kind of defeats the purpose, no? But Lamborghini feels the performance gains over the standard Huracan (Spyder in this case) were compelling enough for them to create the Huracan Performante Spyder. And we have to say, the slick looking rear spoiler adds more charisma to the design with the roof folded in.  Also, let's not forget the even more glorious soundtrack of the Performante playing directly into your ears. 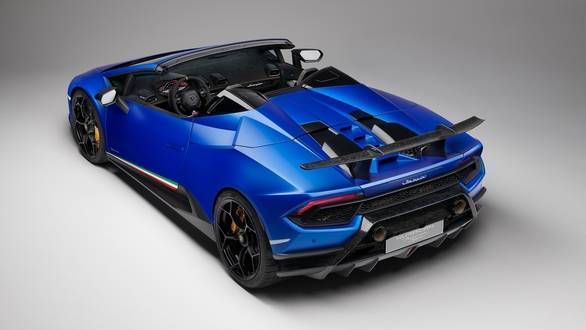 The Huracan Performante Spyder retains all the techno-gadgetry from the Performante Coupe, including the active spoiler integrating the ALA or Aerodinamica Lamborghini Attiva 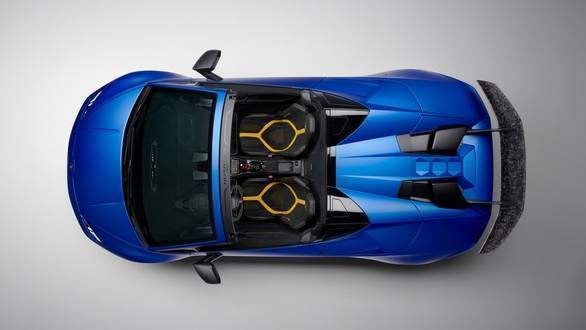 The Lamborghini Huracan Performante Spyder will be launched in India, just like the rest of the Huracan family