3D printing is going to be a major part of our future especially considering that affordable home friendly 3D machines are already on the market. 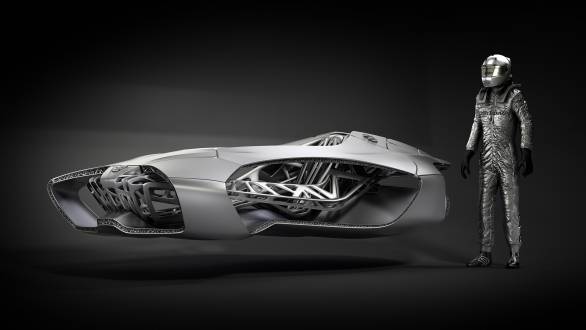 It's only a matter of time before the automobile market starts using this technology and we already have a concept aptly named the Genesis from German engineering firm EDAG.

This concept is unlike anything you've ever seen  it doesn't even have wheels. The point behind the Genesis was to show the engineering possibilities in vehicle construction using 3D printing technology. It was built keeping in mind light weight techniques as well as a revolutionary bionic concept for cars. 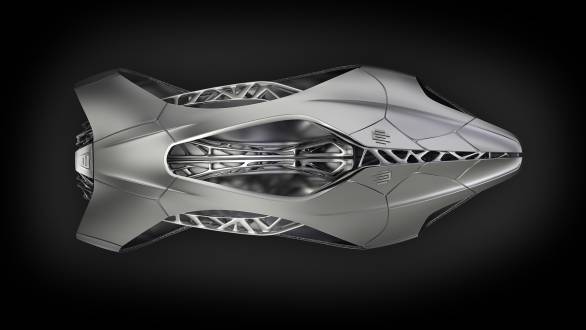 The structure is inspired by the shell of a turtle that uses a sandwich concept with fine overlapping structures. This helps give it considerable overall strength all while staying light weight. The EDAG prototype also shows how such intricate, organic shapes simply cannot be built using conventional tools. 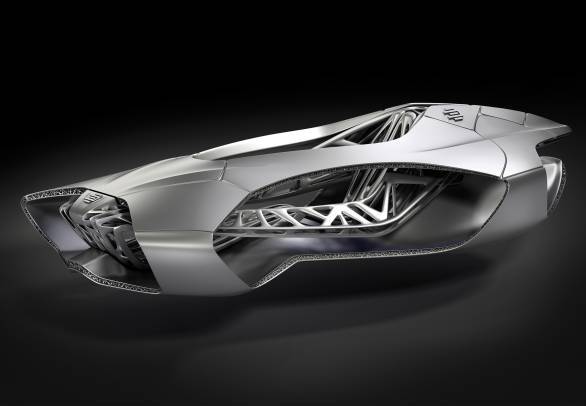 One of the many advantages of this technology is that it will make the process of prototyping much easier and give designers much more creative freedom. Thus by working with models tool free but highly flexible productivity is possible. 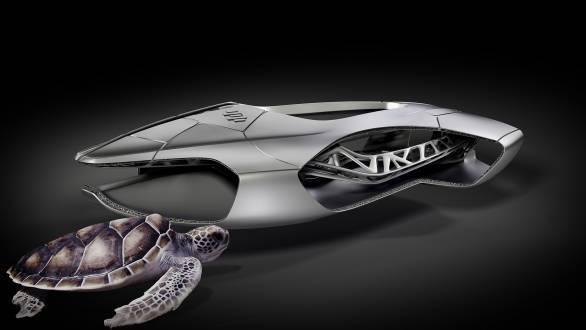 Of course 3D printing is far more effective in smaller volumes so the day we see fully printed car chassis rolling off a line is considerably further down the road. But it is very much in the future of the auto industry. 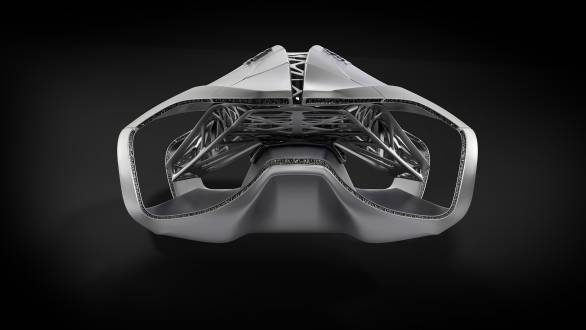