Last month, Global NCAP released the crash test results of the Maruti Suzuki Vitara Brezza wherein the compact SUV had scored an impressive four-star rating in adult protection crash tests. Now the UK-based crash test agency has revealed the results of the new-gen Maruti Suzuki Swift. Under the #SaferCarsForIndia crash test program, Maruti Suzuki with standard front airbags, and ISOFIX (i-size) anchorages, has achieved two stars in adult occupant protection and two stars for child occupant protection. It should be noted that the previous gen Swift has scored zero stars in adult protection. This was basically because of the absence of ABS and airbags. However, both have been made standard on all variants of the new-gen Swift. 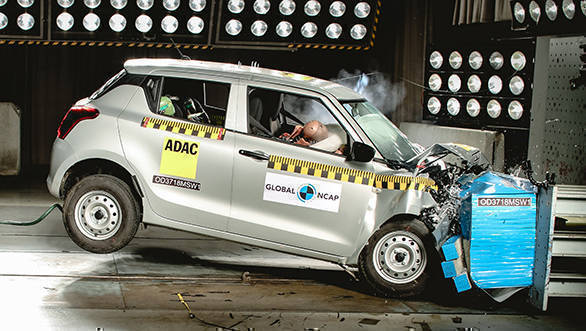 The result states that the two-star result for adult occupants is due to high compression to the driver chest, unstable structure and poor protection for the feet explained by pedal displacement on the driver side. The child occupant protection of only two stars is because of the forward facing positioning of the 18-month-old dummy in the test offering low protection and also the low protection offered to the chest of the 3-year-old dummy. The result states that compared to the Euro-spec model, the Indian version underperformed in the frontal crash test and is offering less safety features like side body and curtain airbags and Electronic Stability Control (ESC) that are standard for Europe, and in India, are not even optional. 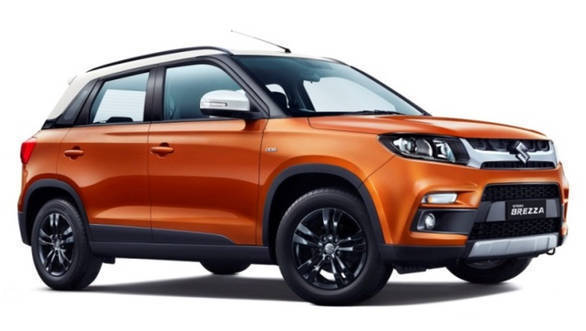 "Maruti Suzuki proved with the Brezza that they can produce locally models with high safety performance," GNCAP

"The latest version of the Swift sold in India has improved and it is good to see dual airbags as standard. This confirms the beneficial effect of the Indian Government's new crash test regulations. But the performance of the Swift, sold in Europe and Japan, shows that a better safety performance is still possible, so Global NCAP would like to see Maruti Suzuki aim higher," commented David Ward, Global NCAP Secretary General.

Further, Alejandro Furas, Global NCAP Technical Director mentioned, "Maruti Suzuki proved with the Brezza that they can produce locally models with high safety performance. They should do the same with the Swift and at least make it available in the model range added safety features available as standard in the European and Japanese versions."