General Motors India has reportedly put an indefinite halt on all its investment plans for future models as it prepares to do a full review of its vehicle line-up here. This, despite the fact that in 2015, the company had said that it would invest USD 1 billion in India to improve operations and produce 10-locally manufactured models. While making this announcement, the CEO of General Motors, Mary Barra, said that it would strengthen its foothold in India, China, Brazil and Mexico through vehicles based on a new line of vehicles based on the Global Emerging Markets (GEM) platform. 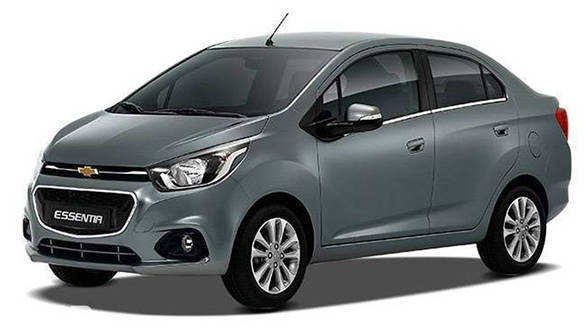 A GM spokesperson told PTI that the company was conducting the portfolio review based on changing consumer preferences. The spokesperson also said that future investment on GEM platform vehicles will be put on hold until GM India fixes on its product portfolio plan. The spokesperson stated that if GM was going to make a significant investment, the company would have to be certain that it would generate significant shareholder value. The top priority from now on, according to GM, is to "establish the right business conditions for sustainable profitability."

We're not sure how this will affect the launch dates of vehicles like the facelifted Chevrolet Beat, Essentia and Spin, which they had showcased at the 2016 Auto Expo. But GM says that it is consolidating its manufacturing operations at its Talegaon plant for domestic and export products. The company's exports are an important part of its operations in India. This, especially considering that it managed to triple the number of Chevrolet Beats exported to Central and South American markets last year (65,390 units), compared to 2015.