Goldstone Infratech Ltd is India's first company to run ARAI-certified electric buses on Indian roads. The company has announced that its zero-emission electric bus has started running under Himachal Pradesh Transport Corporation. The 25+1 seater Goldstone eBuzz K7 was flagged off by Himachal Pradesh minister of transport GS Bali at Kullu. The electric bus will ply the Kullu-Manali-Rohtang Pass route. This bus from Goldstone has successfully completed trials at a steep gradient and over 13,000 feet altitude for the first time in the country, the company stated. Each bus can run over 200km on a single charge and can be recharged in less than four hours with fast-charging technology. 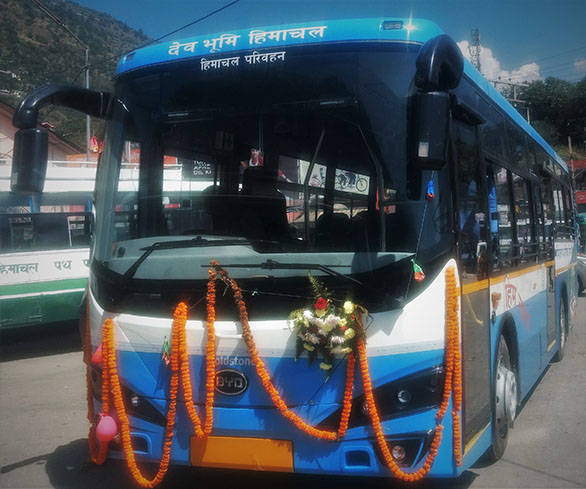 The Goldstone eBuzz K7 has a range of 200km on a four-hour charge.

The buses use lithium iron phosphate battery which ensures a long life, better power density, and safety due to chemical and thermal stability. The bus is made in India by Goldstone Infratech Ltd in a tie-up with BYD Auto Industry Co. Ltd, world's largest electric vehicle company. The bus model has been certified by Automotive Research Association of India (ARAI), after extensive testing at part level and vehicle level at various testing facilities. The electric buses have front and rear air suspension for comfortable a ride.