Google recently revealed that one of its prototype self-driving cars met with an accident. Although this is the 14th accident in six years and over 30 lakh kilometres, this is the first one involving a reported injury. The injury involved the three Google employees on board the prototype claiming minor whiplash and the driver of the car that rear ended them complaining of minor neck and back pain.

Google says that all 14 accidents, of which 11 involved being rear ended by another car, were not caused by their prototypes, but rather by distracted drivers. Taking this as a sign, Chris Urmson, the head of Google's self-driving car programme, wrote, "We'll take all this as a signal that we're starting to compare favourably with human drivers." 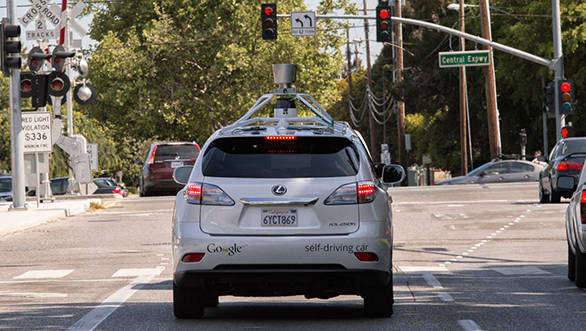 According to the accident report filed, Google's high-tech Lexus RX450h was doing around 25kmph before stopping ahead of an intersection behind two cars when it was rear-ended. On-board sensors showed that the car that rear-ended them, was doing around 27kmph and that the driver didn't apply the brakes. The Lexus' rear bumper was slightly damaged while the car that hit it lost its front bumper. Because of these incidents, Google is trying to develop ways to alert a distracted driver before a collision.

All told, these cars can work perfectly only in an ideal world where everybody is perfect and makes no mistakes. Unfortunately though, a car running on programmed logic can do all things a human can, except take a call based on judgement when something inevitably does go wrong.