Google the search engine behemoth has secured another victory, this time by winning a patent which allows its Google self drive car to read and interpret road signs, diversions and other obstacles by having a robot onboard. 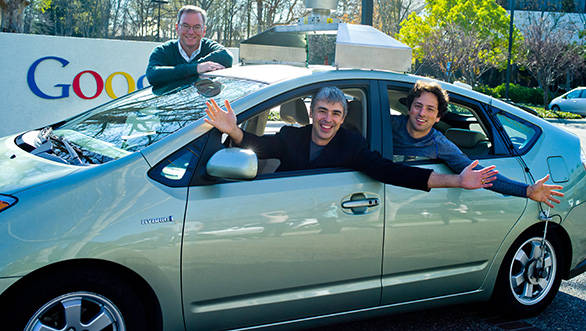 The Toyota Prius fitted with Google's self driving technology

Apart from reading road signs the new systems can also detect oncoming vehicles, avoid unexpected obstacles and follow diversions. These maneuvers are possible mainly because of the purchase of Waze, a social mapping Israeli firm which Google bought last June in a deal speculated to be worth 1.3 billion dollars. Waze helps the self driving car by supplying real-time traffic and accident information thus making it more aware of its surroundings. Google claims its self-driving cars have done more than three lakh kilometres without any incident.

Europcar UK Group, the car rental company whose main markets are Germany, France and UK has been following the developments closely. Ken McCall, MD of the rental company had this to say, "This is a really exciting time to be living in, with these sorts of developments making concepts that would have been laughed at a few years ago a real possibility in the near future. At Europcar we have always been first to embrace new technology  and I am personally excited by the prospect of having Google do the driving for me!"

GOOGLE CAR CAN READ THE FUTURE