To help reduce pollution levels in the country, the Government of India recently issued a notification stating that it would allow owners to retro fit an aftermarket hybrid electric no their vehicles. Now, the ministry of road transport and highways has given some more clarity on the regulations that will be implemented. These rules were notified after an amendment was made in the Central Motor Vehicles Rules, 1989.

According to the ministry, retrofitting a hybrid electric kit will be allowed only if the vehicle doesn't weigh over 3,500kg and if it conforms to at least BS-II emission norms. The ministry also mentioned that these kits can be installed only at centres authorised by the car manufacturer or by the supplier of the kit. The rules also mention that a car can be fitted with a fully electric kit under the following conditions  it should have been made on or after January 1, 1990 and should not have permits for carrying dangerous or hazardous goods as per the Central Motor Vehicles Rules, 1989. 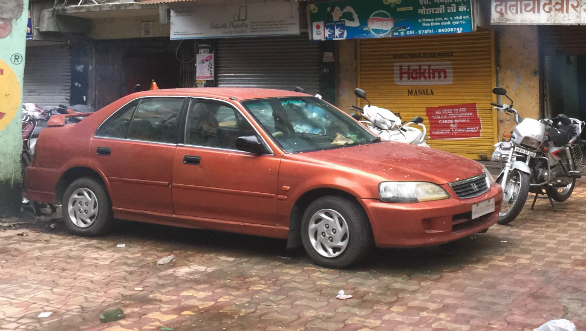 The Government's main aim is to get owners of BS-II and BS-III vehicles to convert them into electric hybrids to reduce emissions. According to a government official, it would initially cost under a lakh to have this kit fitted. However, the cost could decrease with the economies of scale. The road transport and highways ministry will also be in talks with the heavy industries ministry to incentivise those people that convert their vehicles, under the National Electric Mobility Mission.

As of now, the ministry has spoken to manufacturers like Bosch and Cummins, to develop such electric hybrid kits for vehicles. We're unsure of how these kits will affect the safety and dynamics of a car that hasn't been designed to carry all the excess weight that will be added by the electric motor and batteries. However, we've asked Bosch for their comments regarding this and are awaiting their response.

Apart from the banning diesel vehicles displacing over 2,000cc in Delhi, the Government has also been busy devising other schemes to reduce pollution levels in cities. One of them was a proposition to have owners of vehicles registered before March 31, 2005 to surrender their cars voluntarily for perks. According to the proposition, these benefits include a discount of up to 50 per cent on excise while buying a new car, a fair sum for the scrap and possible discounts from automobile manufacturers.

The ministry estimated that all of these would bring down the cost of a new vehicle by 8-12 per cent. It also estimated that it would remove 28 million vehicles from the road and reduce vehicle emissions by 25-30 per cent and reduce oil consumption by close to 3.2 billion litres a year. This reduction could save around Rs 7,000 crore a year on oil imports.

The finance ministry however, refused to give the go ahead to offer a discount on excise stating that it would benefit people buying more expensive vehicles more than it would help those looking for an affordable car. However, the ministry is ready to offer a cash incentive with a maximum limit, to those surrendering their cars.