Thirteen-time motorcycle world champion, Angel Nieto, has died. The 70-year old succumbed to injuries sustained in a road accident near his home in Ibiza, Spain. Nieto, riding his quad, was involved in a collision with a car, and suffered severe head injuries. 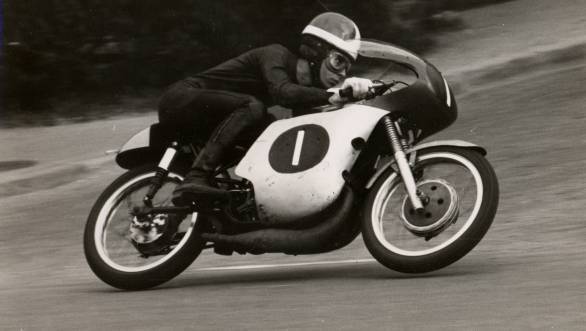 After the accident, Nieto was placed in an induced coma, and was reported to be gradually improving. However, his condition worsened, and ultimately resulted in his death on Thursday.

Nieto won 13 world championship titles, on both 50cc and 125cc grand prix motorcycles. He also famously referred to his number of world championships as 12+1, avoiding the unlucky number 13, superstitious chap that he was. Among his many achievements, Nieto had the distinction of having won close to half the races, a total of 186 grands prix, that he competed in.

The motorsport community mourns his loss.