US F1 team, Haas, has named Romain Grosjean as one of its drivers for the 2016 Formula 1 season. It will be the first F1 season for the team and also the first change of teams for Romain Grosjean since his return to Formula 1 in 2012. Grosjean will shift from the Lotus team, which will be taken over by Renault after its battle with insolvency.

"Formula 1 is incredibly competitive and the only way to succeed is by finding new ways of doing things. This is a new opportunity with a new team that is taking a very different approach to Formula 1. I believe in their approach and they believe in me," says Grosjean. 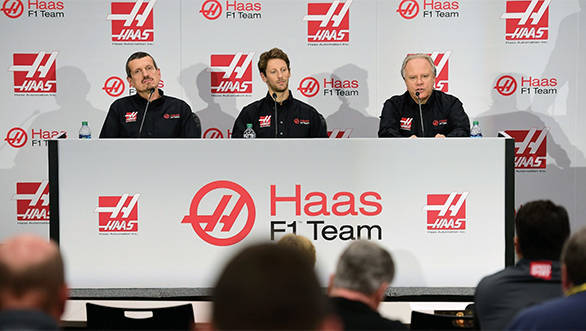 The Haas F1 Team is the first American Formula 1 team in 30 years and is owned by Gene Haas, the co-owner of the Stewart-Haas NASCAR racing team. The team bought the headquarters of Marussia in Banbury, England, after the Marussia team went bankrupt in 2014 and has also signed a deal with Scuderia Ferrari to supply engines and technical-support to the team. There is no confirmation from the Haas F1 team on who the second driver will be, although there is speculation that it could be Esteban Gutiérrez, who drove for Sauber in the 2013 and 2014  F1 seasons.

"We wanted an experienced driver capable of developing our car and our race team into one that can score points and better itself each race and each season. We found him in Romain Grosjean," said Gene Haas.