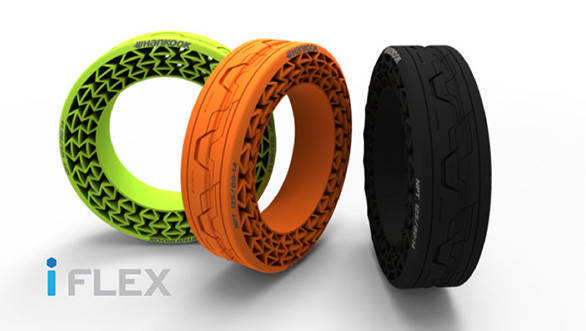 Korean tyre maker Hankook revealed the fifth prototype of their non-pneumatic tyre called the iFlex. The prototype is said to have successfully completed testing the ride, handling, and high-speed driving capabilities.

So far, only Michelin and Polaris have brought out their airless tyres for the commercial market. The Michelin Tweel is available on commercial vehicles such as skid loaders and large lawn mowers, while Polaris is offering them on their heavy duty ATV called the Sportsman WV850 H.O. Terrain Armour. Michelin developed the Tweel indigenously while Polaris developed its version after their defense division acquired Resilient Technologies, a company that specialises in the development of non-pneumatic tyres. 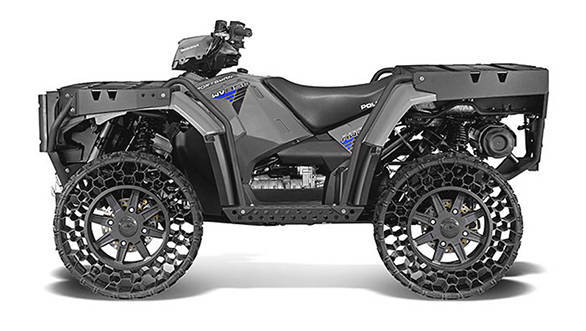 Hankook however aims to make this technology available to the passenger car market. The biggest change for this prototype is their manufacturing process. They've adopted a more environmentally friendly material that cuts down the manufacturing steps and so saves time, energy and money. 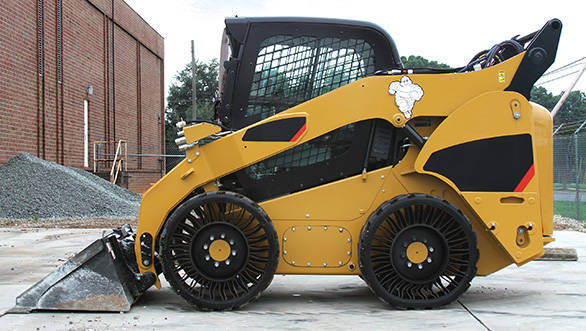