Harley-Davidson, the American motorcycle maker, has just announced a series of new moves that show that the future of its business lies in expanding the choice available to the customer on the showroom focus. And a renewed focus on India as one of the key emerging markets where it believes future growth lies. While there are initiatives to bolster the capability and reach of the Harley-Davidson brand, naturally, the focus is on new product lines. Harley-Davidson has today announced that come 2020, one year after the LiveWire opens the Harley-Davidson electric motorcycle line, there will be new motorcycles from a new platform ranging from 500 to 1250cc. Three product previews were revealed today, the Harley-Davidson Pan America, the 1250 Custom and the 975 Streetfigher, all boasting V-twin engines. Harley-Davidson also announced a new 250-500cc platform that will attack the Indian and Asian markets. 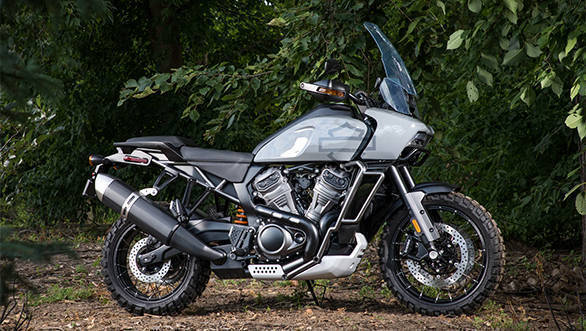 The Harley-Davison Pan America 1250, revealed today, is set to launch in 2020. It will emerge from a new 500-1250cc middleweight platform that Harley is clearly using to explore other parts of the market outside of its traditional stomping ground 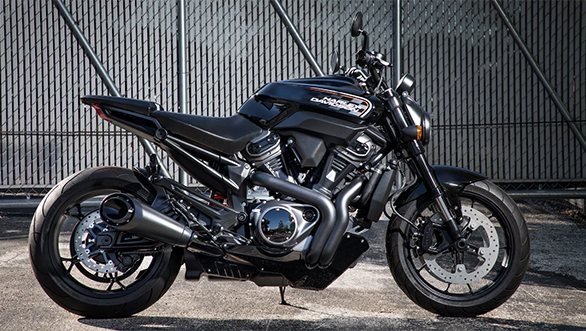 The Harley-Davison 975 Streetfighter is the second model that Harley has revealed today. This is a 975cc V-Twin formatted into an aggressive streetfigher 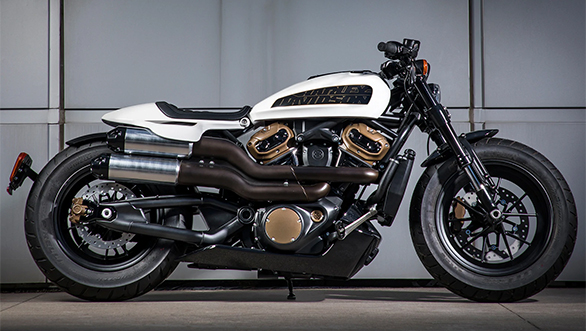 The Harley-Davison Custom 1250 is the most traditional looking of the products announced today. But it shows that the new platform will be modular and will be the basis for a range of motorcycles 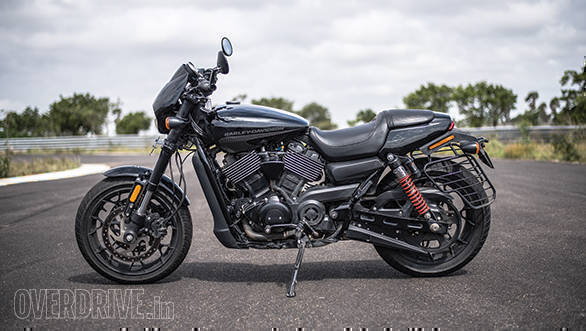 Harley-Davidson will make a new 250-500cc motorcycle that is likely to be in local production in India, at the Bawal plant in Haryana. We expect to see this motorcycle by 2021-22 though the company has not commented on the launch plan for this motorcycle. This is the Street Rod, one of the two 750s Harley makes at the Haryana plant today

A second platform, spanning 250-500cc will be developed for Asia, with a planned alliance with an Asian manufacturer. The partner has not yet been named. This new product - Harley-Davidson clearly says one product in their release - will be for India as the primary target and for other Asian markets too. This clearly indicates that like the HArley-Davidson Street 750 and the Harley-Davidson Street Rod, this new model will also head into local production from Harley-Davidson India's Bawal plant in Haryana. This also implies that the Street 500, a model which Harley hasn't introduced in India even to date, is unlikely to ever be in the Indian market. Harley-Davidson has not put a date on this product line though. We expect to see the motrocycle in 2021 or 2022, assuming four years of development and productionisation lead times. 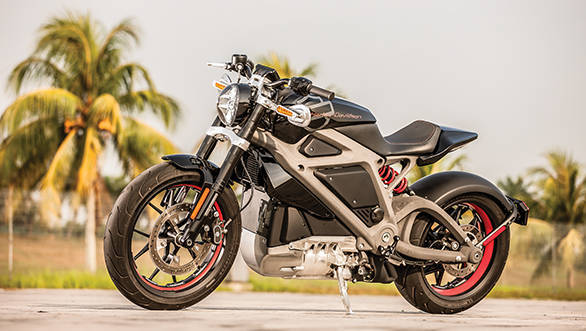 The Harley-Davidson LiveWire is set to be launched in 2019. Harley-Davidson says its the first of a line of clutchless twist and go motorcycles, including smaller ones that will come. Range to fill out by 2022

Harley-Davidson is also preparing for the LiveWire - which we rode and loved, it's electric motorcycle to launch next year. This, Harley indicates today, is the first of its live of no-clutch "twist and go" range of electric bikes. Additional models will come through by 2022 with lighter, smaller and "even more accessible" products planned. 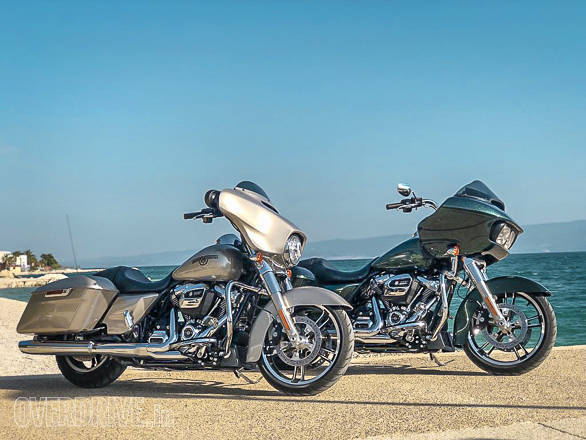 Harley-Davidson will continue to consolidate its position in the Touring and Cruiser classes where it does well. It promises more development and more technology

Harley-Davidson will expand its presence in the Touring and Cruiser motorcycle space with "improved and more technologically-advanced" products. This is not hard to understand. Keeping what's good and what the brand is identified with already just makes good sense.

Harley-Davison will also expand the way it reaches customers. From dealership retail experience to the emerging digital buying spaces. Harley indicates that strategic tie-ups with global e-commerce firms are in process - could they mean Amazon? Harley-Davidson will also expand the kind of showrooms, adding smaller stores for urban areas that leverage the new range as well as make its merchandise lines easier to find.

Harley-Davison will also expand the capabilities its dealer network. Offering no real details, Harley-Davidson says this suite of initiatives will create a better experience, hopefully leading to more sales and more brand equity for the American company.

The details are scarce of the ground but the two platforms clearly underline two things. First, Harley-Davidson as a maker of expensive, premium motorcycles clearly sees an opportunity in smaller displacement classes. The idea of expanding the motorcycle brand to include, for instance, the Pan America adventure tourer is a bold one. The faithful - Harley's die-hard fans - are sure to protest this 'dilution' of the brand. But the fact of the matter is that not everyone wants a cruiser and these are customers Harley has nothing to offer to today, something that the Streetfighter and the Pan America will both seek to remedy. The 500-1250cc range is exactly where the lion's chunk of the middleweight game will be played and Harley-Davidson's new announcement couldn't have come any later.

The other platform, 250-500 is an even more daring idea. It's long been understood that well-established brands develop into their own categories and it can be hard to break out of them. Harley-Davidson seems to understand that emerging markets like ours are bursting with aspiration, but on low budgets. Being able to offer a genuine brand experience with a real product could just be the ticket to ensuring that the products find more homes than ever before. Indeed, in a chat recently, an industry colleague pointed out that despite the hype, bike sales fall dramatically for every Rs 20,000 increment in price. And from that perspective, even a Rs 4 lakh motorcycle today has limited appeal. But when you combine a genuine experience, an affordable price and the aspirational heft of a brand like Harley-Davidson, there might be a chance to make a big impact. On the face of it, the new motorcycle should not be styled to be meek like the Street 750. A bolder design, more like the Street Rod or the Forty-Eight will be received vastly better.

Harley-Davidson's business hasn't been doing all that well in the recent past and additional pressure on the brand has come from US president Donald Trump who's been busy in a self-generated trade war that impacts Milwaukee's motorcycles negatively in exports. There were rumours that the company might have to consider ways to avoid the US-specific import taxes to important markets like Europe for instance. The idea of making the 250-500 in India and most likely some of the bigger machines, especially the new 500-1250 platform's offspring as well, is a tantalising prospect. It should allow Harley-Davidson India series pricing advantages while expanding the access to the Harley-Davidson brand to within the reach of an aspiring young enthusiast population like ours. We are the world's largest motorcycle market and the strategy to attack a problem of that size has to be daring. This sounds like it!