Harley-Davidson has reportedly filed for a patent application for an automatic emergency braking system. The system that uses sensors to gauge when a collision is about to take place and applies brakes automatically. The automatic braking system relies on Radar, cameras and other sensors to constantly monitor the surrounding environment. And when the onboard computer estimates from this data that a crash is about to take place, it engages the brakes. 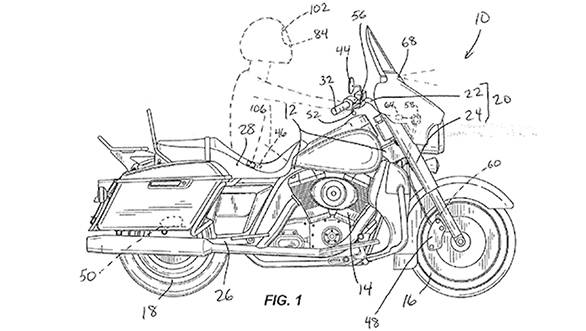 Collision-sensing and automatic braking technology already exists in cars. However, the conundrum with motorcycles using such a system is that if the brakes are applied suddenly without warning the rider, he or she may not be able to react in time to keep the motorcycle and themselves right side up. 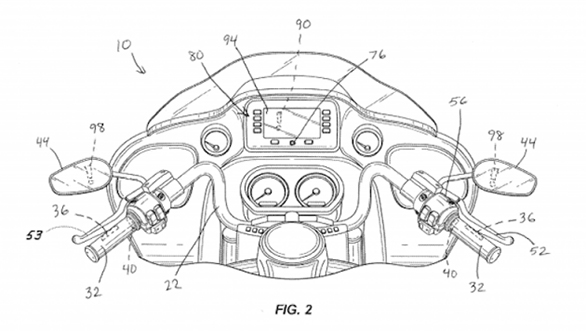 To mitigate this, Harley-Davidson's patent also includes sensors to check if the rider is seated correctly and that both their hands are on the handlebar. In addition, there is also a camera that keeps a check on the rider's eyes to ensure that they are aware of what is happening and what is about to. So it it might also include some sort of visual, haptic or audio cue to warn the rider of the automatic braking kicking in. 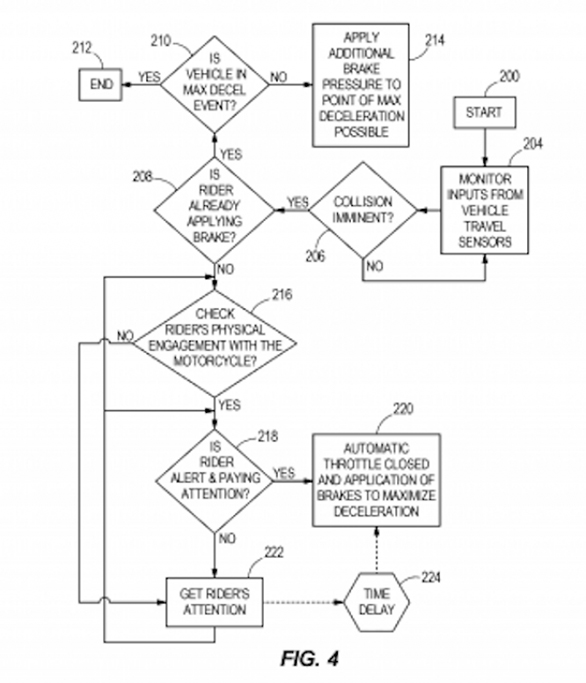 The logic that governs the automatic braking system

With cars moving closer to autonomy, it is good to see that humans who will have gotten used to smart systems doing their driving for them will also have some level of options on two wheels.