We are just a few hours away from the unveil of the new Harley motorcycles,  the Street 500 and 750. Yes that is what the smaller capacity motorcycles from Harley will be called. The American company will be displaying these bikes at the 2013 EICMA Motor Show held in Milan on November 7. One of these bikes (or probably both) were recently spotted testing in India. Both these bikes are expected to be V-twins with liquid cooling. There is also a ripe chance that these may be made in India. 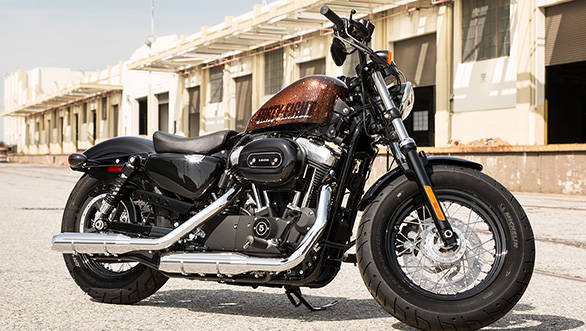 Image of a Harley-Davidson Sportster used as a reference

More juice on both these Harleys will be revealed later today and we will keep you posted about it. In the meantime, follow us on Twitter and Facebook for live updates on EICMA 2013. Here is a link to our previous story analyzing the new bikes.