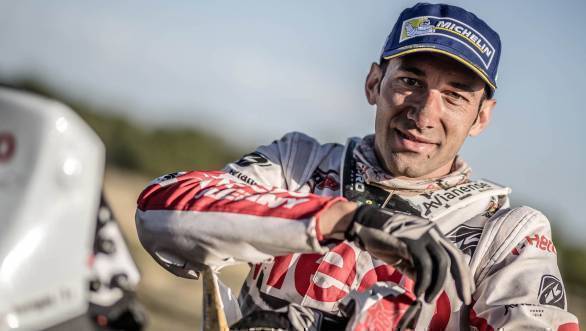 Hero MotoSports Team Rally had a fairly decent first outing at the 2017 Dakar. They followed that up with their rider CS Santosh competing in and claiming third place in the 2017 Desert Storm, an event that he would have won had it not been for a mistake at the very end of the rally. Now they are set to compete in their third event in 2017, this time with Portuguese rider Joaquim Rodrigues. J-Rod, as he's fondly known, will compete in the 2017 India Baja that will be held in April in the Thar desert in Rajasthan. The event is a Dakar Challenge event, which makes it all the more prestigious. It will be J-Rod's first event in India.

CS Santosh, however, will not compete in the 2017 edition of the India Baja. The Indian rider is still recovering from a spinal cord injury that he suffered at the Desert Storm, and has been advised to wait till he is fully healed before competitive riding. 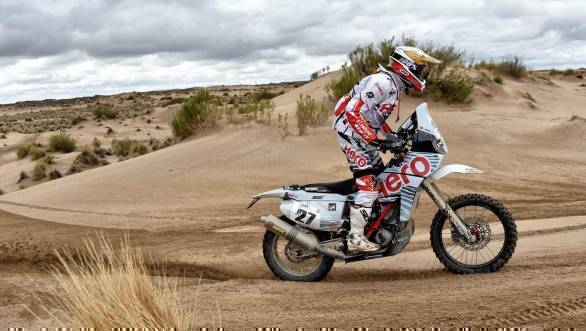 The India Baja will be held between April 7 and 9, with the rally route extending through the Thar Desert. This is the third event to be declared a part of the Dakar Challenge series of events, that includes the Sonora Rally and the Merzouga Rally. The winner of the 2017 India Baja (in the motorcycle category) will get free entry to the 2017 Merzouga Rally and the 2018 Dakar Rally.

Speaking of his first ever motorsport outing in India, Rodrigues said, "I am really excited to start the new season and working with the Hero MotoSports Team Rally to get ready for the India BAJA and the Merzouga Rally. It is really cool to start working again with the team and kick off our season leading up to the Dakar 2018."

Meanwhile, CS Santosh said of his absence from the event, "I am still recovering from the injury that I picked up from a crash during the Desert Storm. I am healing well and working towards getting fit for the Merzouga Rally in May. It is really disappointing to sit this one out, but I am confident that with J-Rod leading Hero MotoSports Team Rally, we will achieve a good result here!"

Meanwhile Wolfgang Fischer, the managing director of Speedbrain GmbH said that they were looking forward to competing in the India Baja, also adding that it was unfortunate that Santosh needed to sit out the race while he recovered.

Dr. Markus Braunsperger, Chief Technology Officer, Hero MotoCorp Ltd., said, "We are looking forward to the India BAJA 2017. J-Rod will bring in international flavour to the Rally and also generate interest among the Indian fans."