Honda Motorcycle and Scooter India has announced the successful end to its Road Safety Summer Camp in association with the Delhi Police. Honda states that the campaign has educated more than 1,000 school children on road safety awareness in the national capital. The camp designated each participating student as a safety champ and initiated them in road safety as a daily habit, be it as a pedestrian or a future rider. Among the camp activities, students aged 9 to 12 years were given a chance to ride the Honda CRF50 motorcycles to learn about two-wheelers and importance of riding gear. 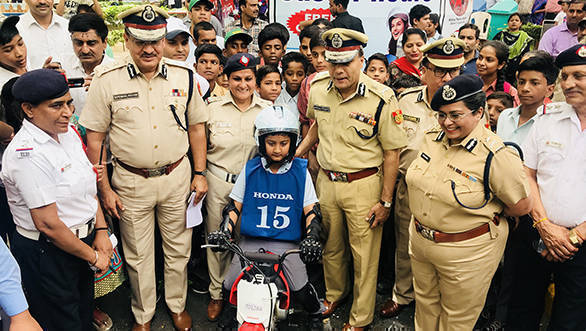 HMSI vice-president - brand and communication, Prabhu Nagaraj said, "As a socially responsible two-wheeler manufacturer, Honda is fully committed for promoting road safety and has so far educated more than 20 lakh people in India on safe riding".