Honda Cars India recalls 2003 Accord, CR-V over faulty side airbag

After a spate of recalls being issued by manufacturers overseas Honda Car India Limited (HCIL) has issued a recall for Accords and CR-Vs in India. The recall applies to 1085 Accords and 252 CR-Vs that were manufactured in 2003 and one solitary CR-V from 2002. This recall is in line with the chronic recalls that are happening overseas over a faulty side airbag inflator. HCIL says that in the unfortunate event of an accident, the inflator casing may get damaged and may cause injury to occupants. The issue was first made public earlier this year and Honda's global recall over the same issue began in June 2014. 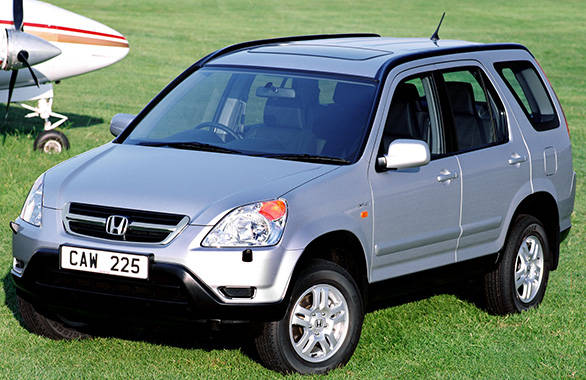 Honda will be replacing the part free of cost at HCIL dealerships across the country. The recall will happen in a phased manner and Honda will get in touch with customers of the affected vehicles directly. The company has also created a special micro site on its main web page where customers can enter their VIN (vehicle information number) to see if their vehicle is affected.

Read Honda's press release of the Accord and CR-V recall

Honda Cars India Ltd (HCIL) today announced that it would carry out preventive replacement of Passenger Side Air Bag inflator of 1,085 units of Honda Accord and 252 units of Honda CR-V manufactured in Year 2003 & 1 unit of CR-V manufactured in Year 2002 as part of Honda's global recall regarding the potential defect related to passenger air bag announced in June 2014.

HCIL is carrying out the part replacement as part of a global exercise by Honda Motor Company to ensure stringent quality standards for its products. There has been no reporting of any incident related to this part in India.

The replacement would be carried out free of cost at HCIL dealerships across India in a phased manner and the company will communicate with contactable customers directly. The customers can also check whether their car will be covered under this campaign by submitting their 17 character alpha-numeric Vehicle Identification Number (VIN) on the special microsite which has been created on the company's website (www.hondacarindia.com).

In case of certain vehicles, due to a problem during the propellant forming process, the casing of the inflator may get damaged when the airbag deploys in an accident or other situation potentially causing injury to vehicle occupants.