The Honda Clarity Fuel Cell sedan, which debuted at the 2015 Tokyo Motor Show is set to go on sale by the end of the year in US. The tricky part about selling this car, however, is pricing it right. The only other fuel cell vehicles in the market are the Hyundai Tucson and the Toyota Mirai. The Mirai is the Clarity Fuel Cell's only direct rival because the Tucson is a CUV (crossover). 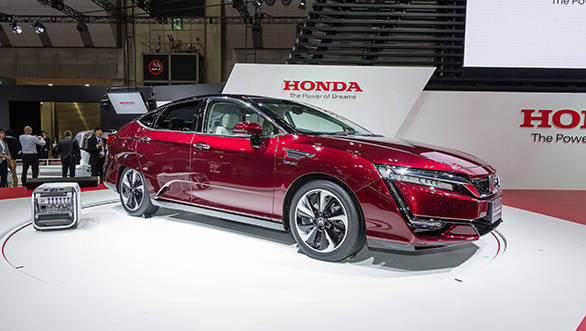 Honda and General Motors, who entered an agreement to jointly develop fuel cells in 2013, have announced that they will set up a plant and mass-produce these fuel cells for use in their cars by 2025. Honda says that the Clarity Fuel Cell "anchors an expanding portfolio of advanced environmental Honda vehicles, including a re-engineered 2017 Accord Hybrid." It also stated that a plug-in hybrid, based on the same platform as the Clarity Fuel Cell, will be launched in 2018.