The exterior is largely the same as that of the normal Jazz. The key change is addition of reverse parking sensors. The V grade Jazz already comes with a reverse parking camera and with the addition of sensors, reversing will be a lot more easier now. Also new is a Privilege Edition emblem on the boot-lid, that distinguishes this Jazz from its stock sibling. 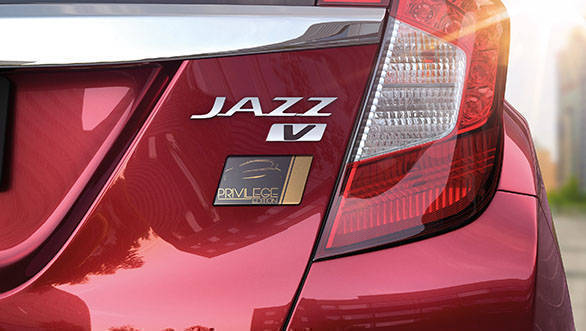 Honda has also equipped the 'Privilege Edition' Jazz with a 17.7cm touchscreen infotainment system which offers a huge array of features like navigation, 1.5GB onboard storage, Mirrorlink and voice command interface. The interior also receives new floor mats and beige seat covers with 'Privilege Edition' embossed on them.

Honda offers a security service package called Honda Connect, which comes with a proprietary device that installs in your car and integrates with your smartphone via an app. While it can be installed in other Honda cars, it comes at a price, which is approximately Rs 3,000. In the Privilege Edition though, it comes pre-installed in the cost of the car. It sends information to you and to Honda about your car's health and location, on demand. It can also connect automatically to Honda's 24x7 call center in case of an emergency. Other features include reminders for renewal of insurance, PUC, a document wallet and fuel filling and economy logs. 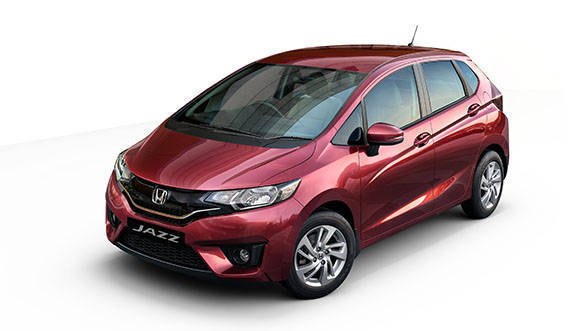 Being based on the Jazz V grade, the  Jazz Privilege Edition can be had in one of the following variants - a 90PS petrol engine mated to a 5-speed manual 'box or a CVT and a 100PS diesel engine mated to a 6-speed manual 'box. The Privilege Edition comes in at Rs 7.36 lakh for the petrol manual, Rs 8.42 lakh for the petrol CVT and Rs 8.82 lakh for the diesel manual, ex-showroom Delhi. Considering the wide range of features the Privilege Jazz offers over the stock Jazz for a premium of just Rs 5,000, it is undoubtedly a better package. Honda says that the Privilege Edition will remain on sale for the entire festive season, which we reckon would be at least till this December.

The Jazz is a slow selling model for Honda Car India. Compared to its competition like the Baleno as well as the Elite i20, the Jazz sells in relatively low numbers. It is likely that Honda is trying to clear stocks of the Jazz before the facelifted one makes its way. Honda recently revealed a facelifted Jazz. The car gets a 130PS 1.5-litre petrol engine. While it is unlikely that this variant will come here, we expect Honda to bring in the Jazz facelift sometime next year.