Honda's latest addition to their CRF range of off-road motorcycles is aimed at the beginners. This model will be a direct replacement for the CFR100F. With a seat height of just 785mm this would be the ideal learning machine for the young enthusiast before graduating to a larger dirtbike. It borrows its looks from the CRF450R competition motorcycle with the same red and white graphic scheme of the larger motorcycle. 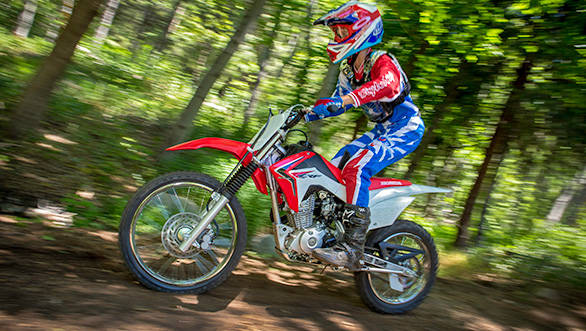 The CRF125F is powered by an SOHC 124cc air-cooled engine that makes 8.97PS at 7000rpm and 10.2Nm at 4500rpm. It's matched with a 4-speed gearbox and the power delivery is user friendly and tuned for bottom-end torque. It will also feature up-rated 31mm forks (up from the 27mm ones on the CRF100F) and a new rear shock. 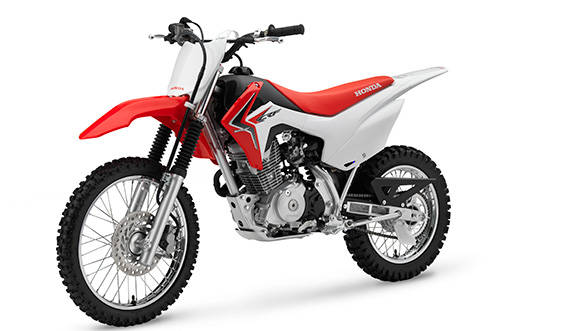 Don't expect this motorcycle to come to India though. The low response that Hero's Impulse has had from our mileage millions has insured that it may be a while before we are treated to another off-road machine.