Car manufacturers globally are adding more gears to their transmissions, and the reason for that is to increase the power-torque spread as well as make the motors more efficient than before. Mercedes-Benz was the first car manufacturer to introduce a seven-speed automatic followed by Toyota who debuted an eight-speed unit on the Lexus in 2007. In 2014, Jeep launched the Cherokee with a nine-speed automatic box. Joining the league of General Motors and Ford who have offered 10-speed transmission, Honda has now patented a 11-speed gearbox. In addition, this box will use a triple-clutch set-up instead of a dual-clutch unit. 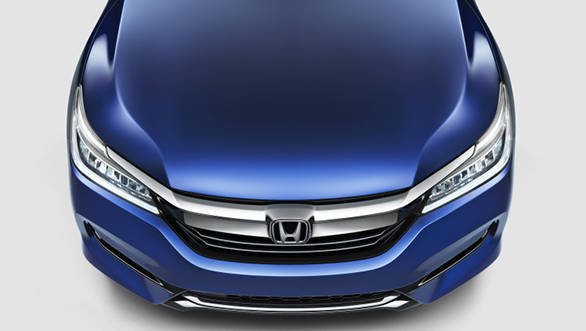 According to an online report, the third clutch will help the unit cope up with the drop in torque experienced in dual-clutch transmissions. Also, this unit will have more precise shifts as well as faster gear changes. The triple-clutch layout will also help the motor deliver better fuel efficiency compared to the conventional automatics. More gears ensure better acceleration at lower gears while the higher gears are taller and help deliver better fuel economy. In theory, it should help smaller engines power larger vehicles without compromising on performance and fuel efficiency.At this point,  Honda has only patented the all-new gearbox, however it is still not clear if the same will be employed anytime soon.

The patent was listed on the Japanese patent site on May 27, though it's not displayed presently. The details around this new gearbox is still not clear.

Last year, Ford too had applied for a patent on an 11-speed gearbox. This unit was believed to be a conventional torque converter unit which uses planetary gears, unlike that of a dual-clutch unit. Back then even Ford didn't announce plans of bringing the new 11-speed gearbox in production.