California based Honda Performance Development (HPD) in collaboration with England's Wirth Research has developed the HPD ARX-04b LMP2 Coupe. This is the first closed top prototype from the California based firm and is eligible to compete in the IMSA, ELMS, WEC and Asian Le Mans Series competition. 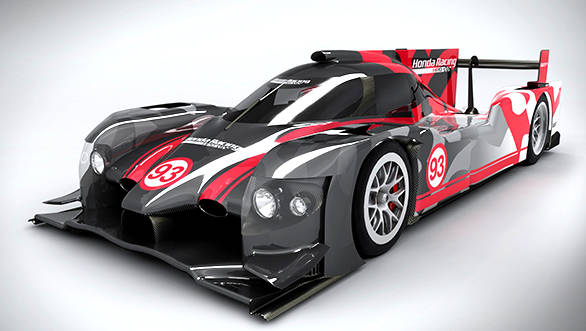 The ARX-04b is fully compliant with the new ACO LMP2 regulations and even exceeds the safety standards of the closed cockpit systems. The power will come from a tried and tested 2.8litre, twin turbo, HR28TT V6 engine which gets a drive-by-wire throttle system and fresh air valve system. This racer also claims to have energy efficient technology which minimises drag and improves fuel efficiency. Attributes which are beneficial in races such as 'Quick Change' front and rear bodywork and Honda refueling safety interlock system also mark their presence in the car. 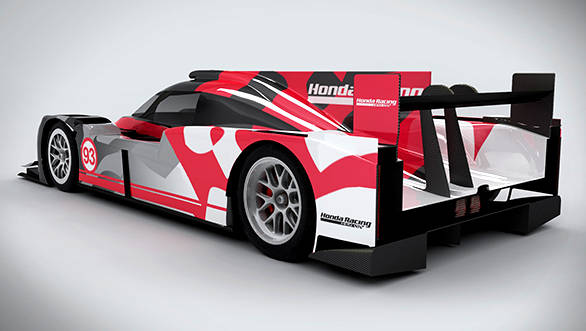 An after sales support service provides the teams with technical assistance and bulletins along with additional options which include race and performance engineering, driver-in-the-loop simulator sessions, data-logging and Murityre and Apotheca software.

The new design is available for teams looking to compete in 2015 season and should not be short of customers if the past performance of HPD is taken in to the equation. The HR28TT engine has achieved a lot of success and has won engine manufacturer championships and victories at the 24 Hour of Le Mans, Sebring 12 Hours and also provides power to the first LMP2 FIA World Endurance Champion.

Steve Eriksen, HPD vice president and COO had this to say at the unveil, "We are very excited for our new HPD ARX-04b LMP2 Coupe to see the light of day, combining all of our successes in international sportscar racing with the very latest regulations for closed-cockpit prototypes."