On April 23, Honda Cars Philippines world premiered the new City Mugen edition. The car will be launched in Philippines in the third quarter of 2014.

While the initial launch will only feature cosmetic changes, Honda says that interior, suspension and engine upgrades will follow soon.

Kazuhide Yasui, the director of Mugen division, said that outside Japan, Philippines is the biggest market for Mugen products and that the relationship between Mugen and Honda Philippines is growing. 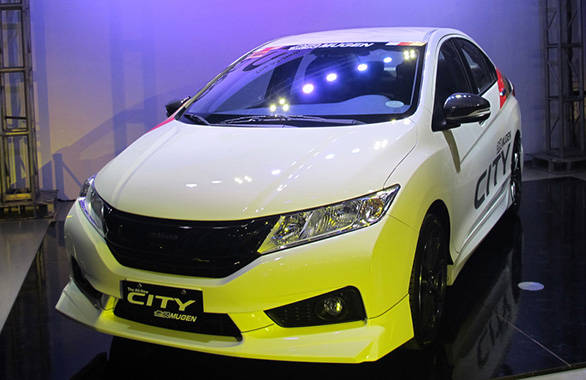 The car features only cosmetic changes but Honda says after the initial launch, interior, suspension and engine upgrades will follow 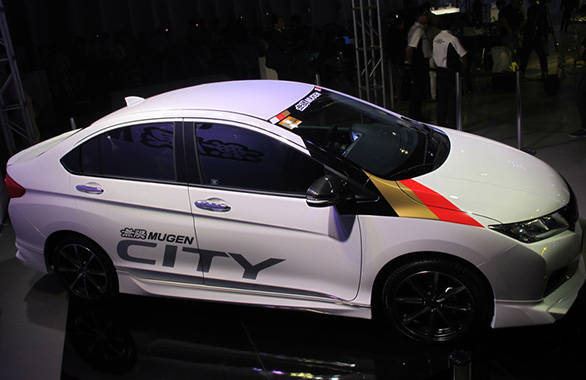 The car comes in Taffeta White, same as last year's City which was a limited run of 20 units

The car comes in taffeta white colour, same as last year's City Mugen which was a limited run of 20 units. The car features the traditional Mugen tri-colour (red, gold and black) along the left-rear C-pillar and the right-front A-pillar and across the top of the front windshield.

It also gets a black front grill with the Mugen logo instead of Honda's, 17-inch  eight-spoke alloy wheels finished in black, a boot-lip spoiler, and full body skirts with door mirrors finished in carbon fibre. The car will mostly be launched in a limited number just like its predecessor but the number hasn't been specified yet. Honda says that after the launch, the car will be available in other countries also. So here's to hoping that this car finds its way to India soon since the third quarter isn't that far away.