It has been long known that Honda is working on an all-new motorcycle that will be powered by the new-gen Africa-Twin's large displacement motor. There were images of leaked patents that also pointed in the same direction. And now it has been reported by a Japanese magazine that this motorcycle could be a larger Rebel, to be precisely the Rebel 1100. If this turns into reality, Honda could have a strong rival to compete with the likes of Harley-Davidson and Indian Motorcycle. 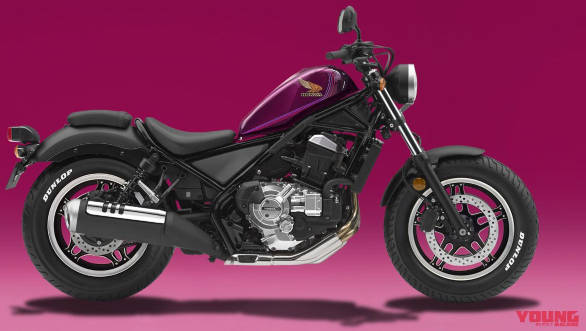 The Honda Rebel presently is offered as a CMX500 that is equipped with a liquid-cooled, parallel-twin cylinder 471cc engine, which makes 46PS of power at 8,500rpm and generates 44.6 Nm at 6,000rpm. On the other hand, the new-gen Africa Twin's parallel-twin 1,084cc unit churns 102PS at 7,500rpm with a torque rating of 105 Nm at 6,250rpm. While more power could mean more fun on the Rebel, Honda could tweak the performance of this engine to suit the Rebel 1100. The transmission options of DCT and manual could be offered too. Also, to house the new larger engine, the whole set-up has to be revised and Honda is already at it. At least, that's what is highlighted in the leaked patent drawings. While the overall silhouette continues to be that of the Rebel, the riding stance has been tweaked. 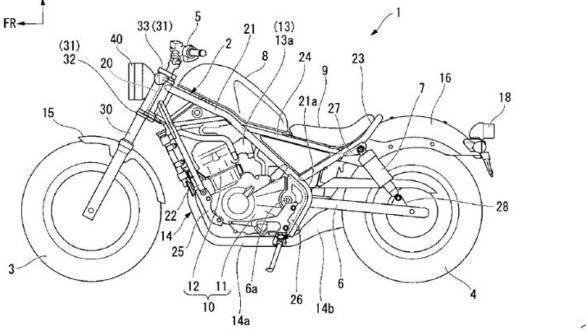 Leaked patent drawings of what could be the Honda Rebel 1100

And it is not just the engine that will make its way into Honda's roadster. The company could carry the exhaustive list of electronics package from the Africa Twin on to the Rebel. This means, the Honda Rebel 1100 could boast of lean sensitive traction control, cornering ABS and even the IMU from the larger ADV. Further, as in the case of the AT, the Rebel 1100 will be offered with top-of-the-line features that will include cruise control, traction control, ride-by-wire and ride modes.