Honda has released technical details of its new adventure motorcycle, the CRF1000L Africa Twin. The Japanese manufacturer has stated that the new motorcycle will feature a 1,000cc, parallel twin engine that produces 95PS and 98Nm of of torque. Honda also says that it has managed to develop a compact, litre-class engine by using a four-valve Unicam head design. It also has a lightweight cam machined using the same materials as seen in the CBR1000RR Fireblade. 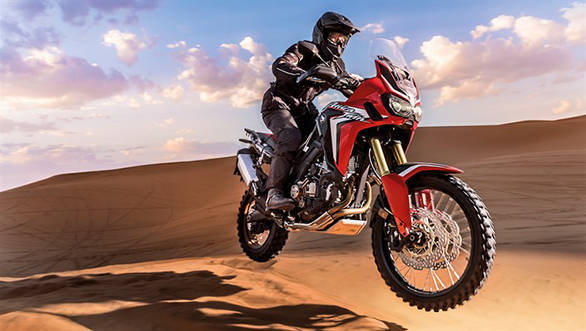 Honda says that the engine's short height is a major reason for the CRF1000L Africa Twin's high ground clearance. The engineers have managed to do so by housing the water pump in the clutch case. Also, the water and oil pumps are driven by a single, shared balancer shaft that helps reduce the overall height of the engine. The engine is mated to a six-speed gearbox with an assist slipper clutch. Honda is also offering a Dual Clutch Transmission (DCT) as an option. The DCT comes with three modes- D for normal riding, S with three stages S1, S2 and S3 for sportier riding and G for off-road riding. The DCT also comes with an incline detection function that alters the gear shift pattern based on the gradient. 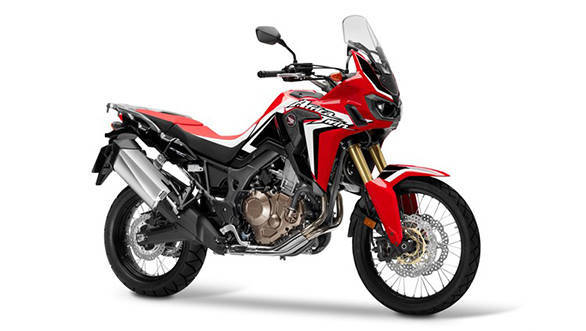 The engine is housed in a new steel semi-double frame that offers high-speed stability as well as off-road ability, says Honda.

The Honda CRF1000L Africa Twin comes with fully adjustable Showa front forks at the front and a Showa rear shock with adjustable preload. Braking duties are handled by dual radially mounted Nissin four-pot callipers that bite on 310mm floating discs. The adventure motorcycle comes with 21-inch wheels at the front and 18-inch wheels at the rear that are shod with 90/90-21 and 150/70 tube type tyres respectively. 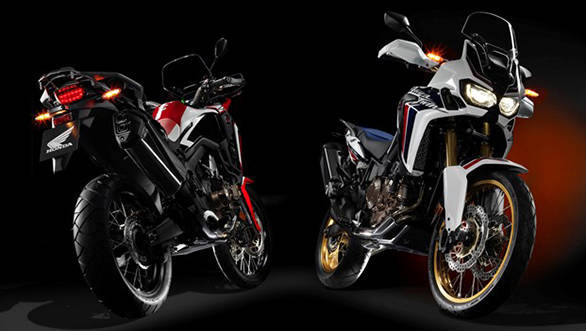 The bodywork on the CRF1000L Africa Twin is minimal. The motorcycles get twin headlamps flanked by a plastic fairing that extends to cover the radiator. The windscreen is tall and should help while riding on open highways.

The motorcycle also comes with a height adjustable seat that can be raised from 850m to 870mm. 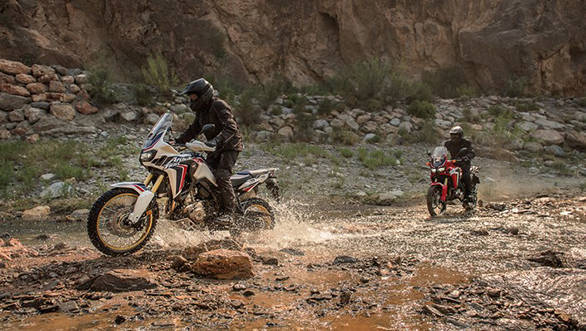 Honda is also kitting the CRF1000L Africa Twin with a host of electronic gadgetry such as the Honda's Selectable Torque Control (HSTC) that should be very useful both on and off road. The rider can also chose to switch off the ABS on the rear wheel. However, these features are not available in the base version.

Honda will launch the CRF1000L Africa Twin in the European market by late 2015. There will be three colour schemes available at launch - CRF Rally Tricolour, silver and black.