There is a war of sorts being fought in American consumer forums and in the United States Copyright Office  a war that has the potential to change the relationship between owners and car manufacturers globally. The argument revolves around who has a right to service and maintain vehicles and delves into the nitty-gritties of the exact rights of the customer and the manufacturer. What's interesting in this story is the fact that the disagreement stems from the Digital Millennium Copyright Act established in 1998, an act that primarily governs intellectual property rights. How could something designed to protect technology and computer programming possibly affect the automobile owner-manufacturer relationship? 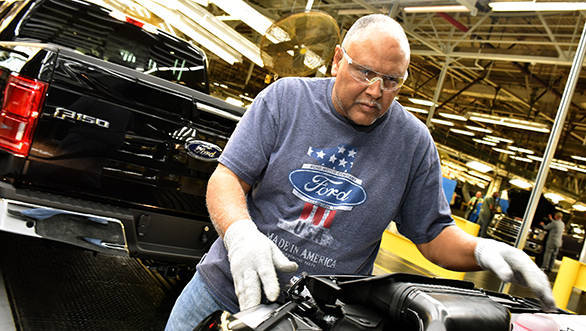 As with most issues, there are two sides to this story but first we'll look at what this act governs and how it makes an appearance in this relationship. The way the act is worded aims at preventing people from producing and disseminating technology, devices or services that circumvent measures of access to copyrighted works. In other words, it outlaws trying to break through security or access to copyrighted software and technology. It was designed with protection against hacking the Internet and classified software in mind, but with the ever widening reach of computers and technology, this act has started to have a much broader reach. With the number of computers and software in our cars governing everything from running the engine to dipping headlights, it's not hard to see how it's surfaced in the automotive world.

What American consumers are concerned about though is that this act now could be interpreted to view a do-it-yourself home mechanic as an outlaw. It also finds fault with your local mechanic for example, who now isn't qualified or authorised to tinker with the companies' proprietary software and technology. Should an exemption not be written into the act? Americans fear the end of the tech savvy Joe fixing or modifying his own car in his backyard. They also see manufacturers forcing them to only go to company service centers (expensive) or only preferred shops (also expensive) that buy the proper access codes giving them something of a monopoly in the market. It also affects the automobile aftermarket industry in a really big way. Want to extract some more power from your engine? You would need to go back to the manufacturer rather than ECU tuners to get the tune that you require.

Manufacturers on the other hand spend billions of dollars on developing new technology to stay ahead of the curve both in terms of the competition but also constantly changing emission requirements. Non-fossil fuel cars are even more dependent on computers. So it makes a lot of sense for the companies to be interested in protecting their technology. With both passive and active safety measures also being governed by sensors and ECUs running complex software, there is also a valid safety concern regarding having Mr do-it-yourself Joe and the amateur mechanic tinkering around with their vehicles.

At the moment though there is no record of any manufacturer suing a customer for tinkering and this has only come to light because the Eectronic Frontier Foundation, a San Francisco based non-profit organisation that champions the rights of consumers, has come forward and asked that exceptions be written into the act to safe guard the rights of amateur hobbyists and home mechanics. The comments posted on the US Copyright Office Online Forum make for quite an entertaining read. General Motors and John Deere (known for their green tractors) both stated that motorists don't necessarily buy a car, they merely buy a licence to use the car for the duration of its life. This has prompted responses from proud owners to come forward saying that if that was the case then they should also pay road taxes and maintenance bills in addition to taking back the cars at the end of their 'lives'.

When this act was passed in 1998, no one really imagined that it would have such far reaching ramifications and it's seen several amendments and exceptions penned in since its inception. While it seems to play more on the strong  automotive traditions of the American motorist who embraced individuality and invented the hot rod and the chopper, with the pace that technology is moving with, it seems inevitable that manufacturers will eventually gain control over most of the ownership experience. While the jurisdiction of the United States Copyright Office extends only to the American market, it could set a precedent for other nations. As consumers, we still have buying power on our side, so it's still up to us to make considered buying decisions that drive the market in a favourable direction.