Husqvarna, the Swedish motorcycle manufacturer, is believed to be working on a larger Svartpilen which has been spotted testing. While the test motorcycle does reveal the overall silhouette, it also highlights the engine that will be powering this scrambler. From the looks of it, the Svartpilen 901 could be using the 890cc-twin from the KTM 890 Duke R. As and when the Husqvarna Svartpilen 901 arrives, it will be the flagship offering sharing space with the Norden 901 ADV motorcycle, which has already received a green signal to go into production. 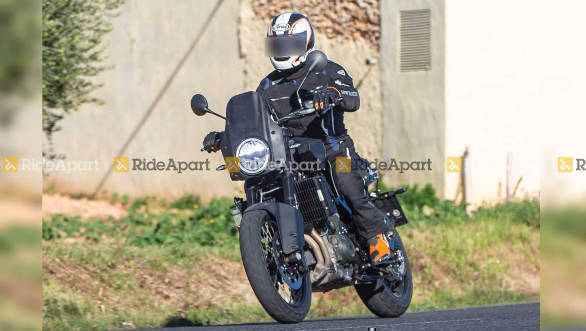 A closer look at the engine casing, and one can see the tiny orange KTM logo, which adds weightage to the fact of the motor being that of the Duke 890 R. Additionally, the design of the engine casing, too, remains unchanged. In its present form, the 890cc-twin churns out 121PS of power and 99 Nm of torque. We believe KTM would like to reserve the enthusiastic response for the Duke, the twin could be tweaked to suit the characteristics of the Scrambler in the Svartpilen 901. Also, this will be the first time the Husky will get a twin, as the 250, 401 and the 701 make use of a single-cylinder setup. 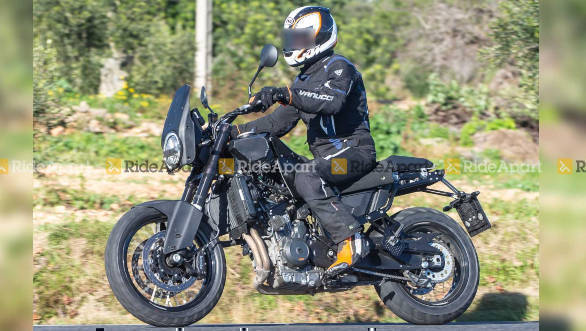 In terms of design, the Husqvarna Svartpilen 901 is expected to share the underpinnings too with the 890 Duke R as the Trellis frame and the swingarm look similar to that of the street naked. Further, the test bike features USD forks in the front and monoshock in the rear. Going by the setup on the Duke, the Svartpilen 901 too could use Brembo brakes. While the test bike didn't have body panels that could confirm if Husqvarna will take the design from the smaller Svartpilens, the round LED headlights with DRLs and a large screen around it do give some idea of the final production motorcycle. The compact tank on the test bike with a flattened side could just be a faux setup. The other details that one can see on the test bike is the TFT instrumentation, wherein the electronics could be sourced from the Duke. 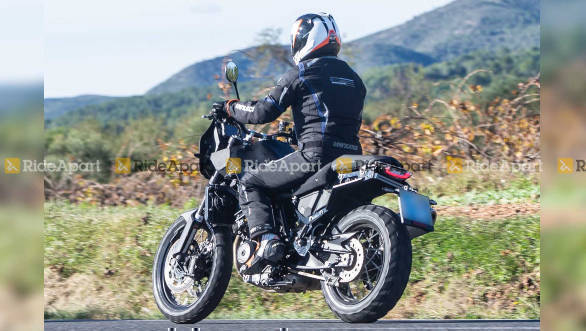