Hyundai Motor India has begun the naming contest for its upcoming small car, codenamed the AH2. This car is set to be a reprisal of the Santro brand with which Hyundai had entered India 20 years ago. Hyundai India is accepting entries and suggestions for the name of this car until September 25 and will announce the new name on October 4. You can participate in the contest by visiting the website HyundaiNaamkaran.com and one of the participants has the chance to win the new hatchback. It is expected that Hyundai will continue with the Santro model name and add a suffix based on the result of the contest. The company had released a design sketch to tease the Hyundai Santro last week. 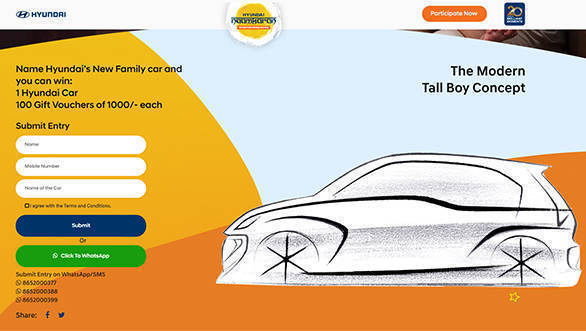 From this sketch, we can see that the upcoming Santro will continue to bear its signature tall-boy lines, albeit in a modern avatar. The Hyundai Santro is also going to mark the debut of Hyundai's new AMT gearbox. Seeing as how there has been a rise in popularity of automatic and AMT versions in the country, this is a good platform to launch its offering.

The Hyundai Santro is an important car for the company as it aims to become the number 1 carmaker in the country. The new-gen hatchback will sit between the Eon and Grand i10 in the company's line-up and will carry a similar design language with strong lines, LED DRLs and the full-face grille seen on the facelifted Grand i10. The new Santro features large tail lights like the Eon. Like the updated Grand i10, the new Santro gets black inserts in the bumpers. 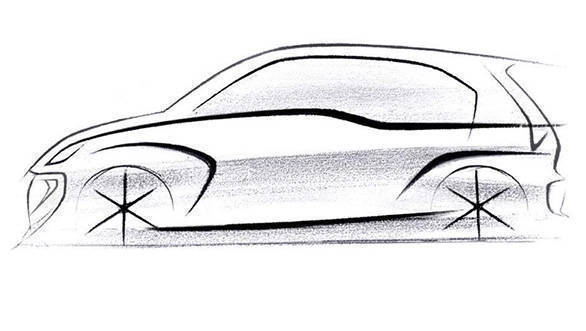 Coming to the interior, the new-gen Hyundai Santro will come with a three-spoke steering wheel with audio mounted controls. In addition, the hatch might also get a touchscreen system that can be operated through steering mounted controls. Reports suggest that the dash-mounted gear lever, cabin trim design and other bits will resemble that of the Grand i10. All these features will make the new-gen Hyundai Santro a lot more premium than before. 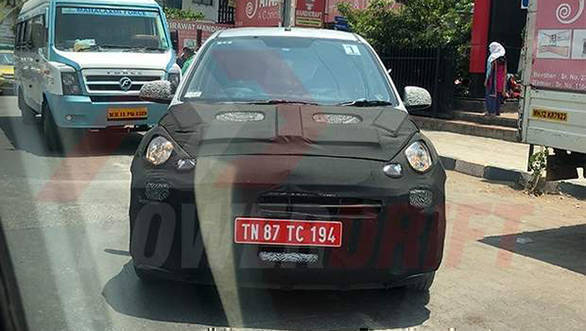 The B-segment has seen Maruti lose its dominance over it with the Renault Kwid being successful which has made the segment open up to new players. But while Hyundai has strong products in other price points, it's B-segment challenger, the Eon, hasn't been competitive enough. Hyundai will be hoping this new car gives it a better shot.