Hyundai has displayed the facelifted ix25, the 2018 Hyundai Creta, at the Chengdu Auto Show in China. The car was previously showcased at the 2016 Sao Paulo Motor Show. The bumper has been redesigned with flared contours below the headlamps while the grille is now bigger with a dark-chrome surround that makes it seem to extend to the headlamps. The headlamps have been revised and no longer house the DRLs. Instead, the DRLs have been now moved down and sit below the reshaped fog lamps. The bumper gets a faux bash plate too. Around the back there are slight changes made to the lights and bumper design. A noticeable one is the new dual tip exhaust pipe. 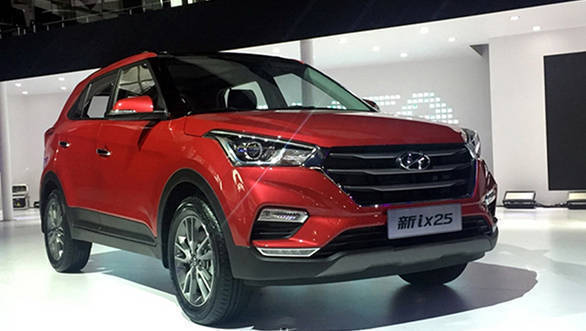 The interior meanwhile, is largely the same. The Hyundai ix25 on display at the show had an all black interior, with accents of red around the A/C vents. The stitching on the seats and gear lever is also done in red. The 2017 Hyundai ix25 is being sold with a 1.6-litre petrol. New to the range is a 1.4-litre turbo-petrol producing 140PS. 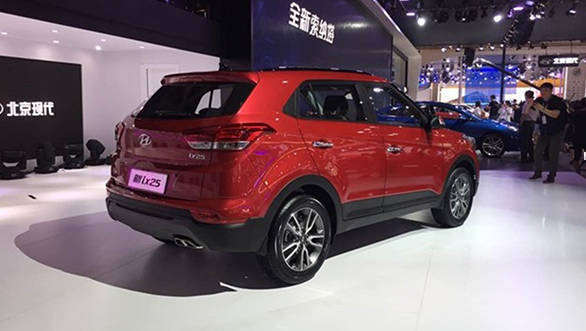 The Hyundai Creta is expected to get a facelift in India sometime next year. And it's most likely to carry over the updates from the ix25. However, the engines in the new Creta might be the same 1.6-litre 123PS petrol and 1.6-litre 128PS diesel. Seeing how Hyundai isn't offering the 1.4-litre diesel in the new Verna, it is safe to assume that the new Creta won't get it either.