Hyundai Motor Co has launched the Kona compact SUV in China, naming it the Encino there. With the 2018 Hyundai Encino,the company attempts to regain some of the rapid sales decline from last year. Hyundai had lost a lot of its market in China due to low sales caused by a diplomatic row. The Korean manufacturer had also showcased the Hyundai Kona concept at the 2018 auto Expo earlier this year. The Hyundai Encino has been launched with a 1.6-litre petrol engine mated to a 7-speed dual clutch transmission in China. In comparison to the standard Kona, the Encino crossover is slightly lower and wider in appearance, Hyundai has stated. The Hyundai Kona recently also won a Red Dot Design Award. 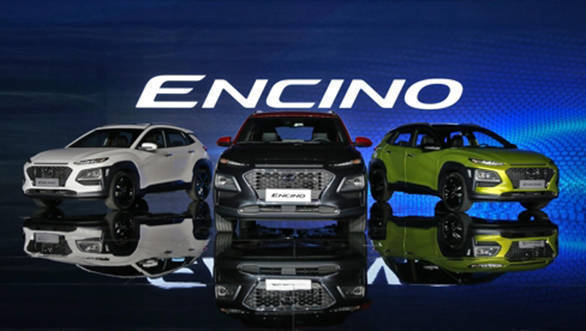 The Hyundai Kona Electric SUV is also under development and was first revealed in February 2017. There was earlier news that Hyundai's first electric vehicle in India will be the Kona Electric SUV. The Hyundai Kona SUV doesn't subscribe to a butch design language but uses a number of lights to make for an attractive face. The side profile also looks modern with big wheel arches and crease lines that run from the front fender to the rear tail lamp. The plastic cladding around the wheel arches is straight from the crossover design book and lends a rugged look to the Kona.