Hyundai Motor India Ltd. has announced a cumulative growth of 6 per cent over the last year's sales figures. Hyundai sold a total of 42,327 cars in the Indian market and exported 10, 407 cars from India, adding up to a cumulative figure of 52,734 units in the month of February 2017. This, compared to last year's cumulative sales of 49,729 units, results in a 6 per cent increase in growth rate. 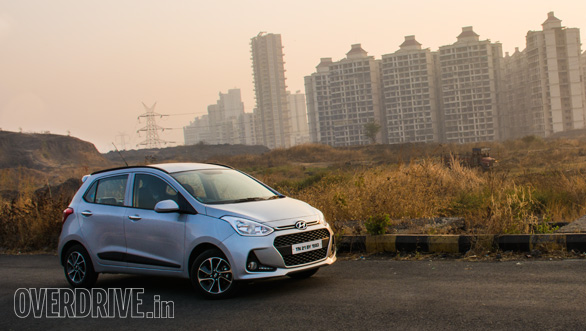 This growth, in part, can be credited to the sales of the Hyundai Creta, a fact which was confirmed by Rakesh Srivastava, senior vice president  sales and marketing, HMIL. Srivastava said, "Hyundai with an all-time highest-ever sales of 9,002 units of the Creta had a domestic all models volume of 42,327 with a growth of 4 per cent."

Srivastava also said that the increase in sales was due to improved customer confidence generated by the Union Budget positively impacting the customer disposable income and overall business sentiments.

Hyundai currently has 11 car models on sale across different segments. The company has recently launched the facelifted Grand i10. The updated Grand i10 is priced between Rs 4.58-6.40 lakh for the petrol trims and Rs 5.68-7.33 lakh for the diesel, ex-Delhi. Hyundai has also unveiled the new-gen India-bound Verna at the Toronto Motor Show. The Verna is sold as the Accent in the global markets.