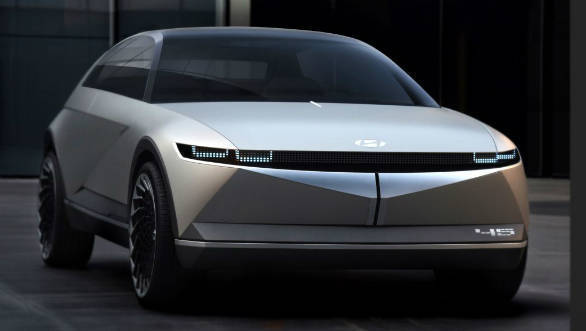 The retro theme is evident in the exaggerated boxy fastback styling of the concept. The squared arches, flat roof, and angular body panels are all reminiscent of cars from that era. This influence is also evident in the double-barrel lighting elements both front and back, and in the slim grille up front. There are more throwbacks to the era in the retro Hyundai badging and the large dot-matrix style displays at the front and rear of the car. The car has a wide stance and a slight high-riding SUV stance to it. The front has a unique wedge-shaped nose further highlighting the 45-degree theme. Other unique bits are the 45 logo on the front right of the car, an active LED display on the doors which shows the charge status. 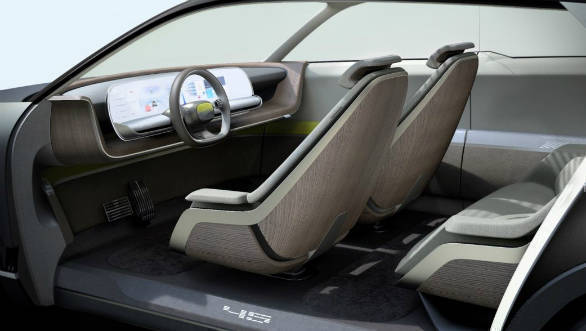 The interiors of the 45 follow a more lounge-like theme. This car's autonomous capabilities allow for it to have a wide-open space on the inside finished in light materials and many free-standing elements, including rotating front seats. The dominating feature is a projection-beam interface that controls all the car's controls. 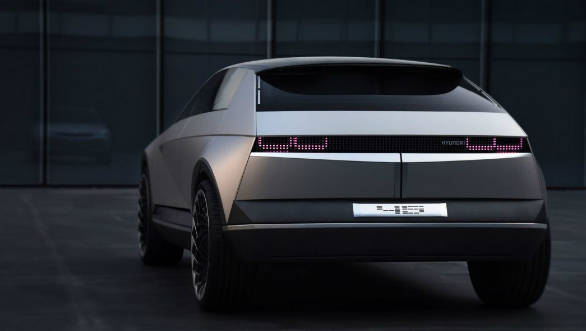 No details are available on the 45's specs but the concept sits on a skateboard type architecture with the battery pack under the floor.