We recently got our hands on the Volkswagen Tiguan, the company's premium SUV that is heading to India later this year. The Volkswagen Tiguan, which is based on the new MQB platform is all-new with a complete revamp to the design and updated engines. Internationally, the 2.0-litre diesels will be offered in states of tune ranging from 115PS to 240PS. The turbocharged petrol variants are offered with 1.4-litre options making between 125PS and 150PS while there is also the more powerful 2.0-litre mill that makes 220PS. However, we expect the 125PS 1.4-litre TSI engine and the 150PS 2.0-litre diesels to make it to India.

The exterior gets a more aggressive look that makes it seem "more like the purposeful, all-terrain-conquering SUV that Volkswagen intends it to be, and less like a Soccer Mom's runabout, of which the old Tiguan was redolent," according to Vaishali Dinakaran in her first drive review.

Here's our image gallery that should give you a thorough idea of what to expect from the Volkswagen Tiguan when it reaches our shores. 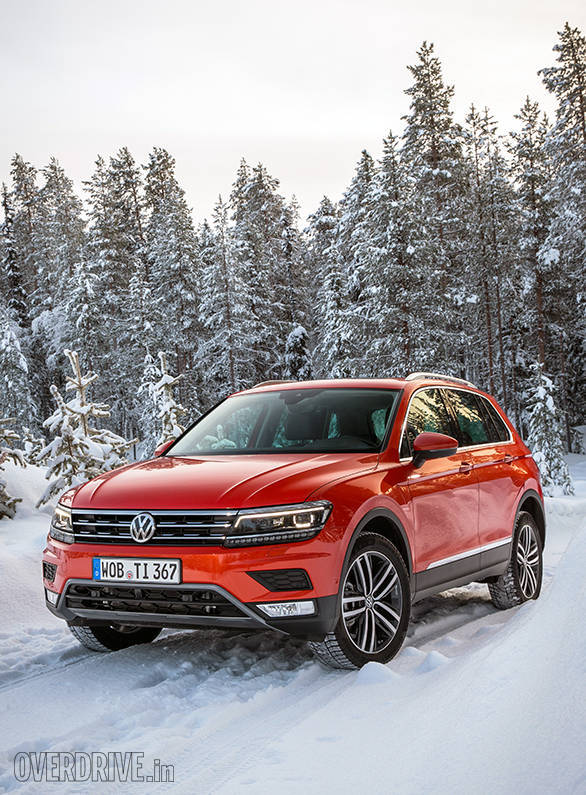 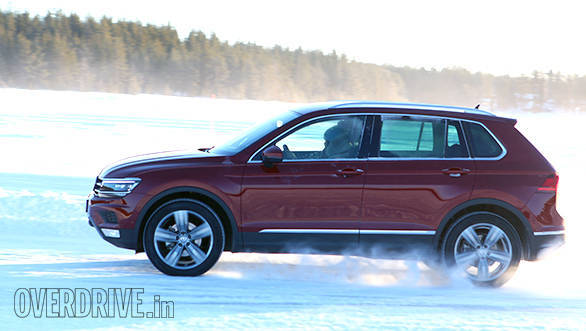 Compared to the outgoing model, the new Volkswagen Tiguan is 60mm longer, 30mm wider and has a wheelbase that's gone up by 77mm 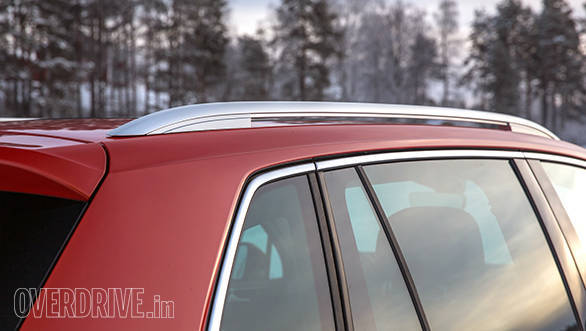 The roofline doesn't slope down too much, which means good headroom at the rear. The large windows meanwhile, will give great visibility and contribute to making it an airy cabin 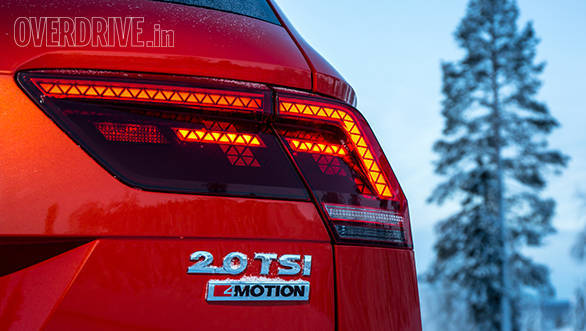 The sharp tail lamps on the Volkswagen Tiguan, resemble those in the Golf R and the new Passat 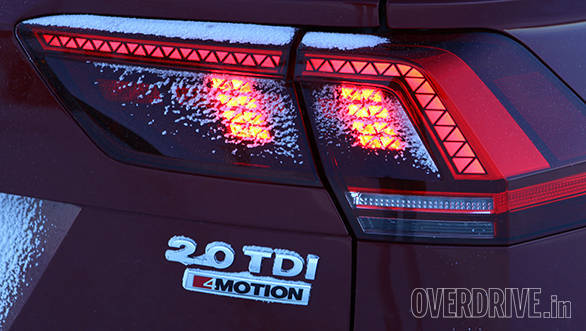 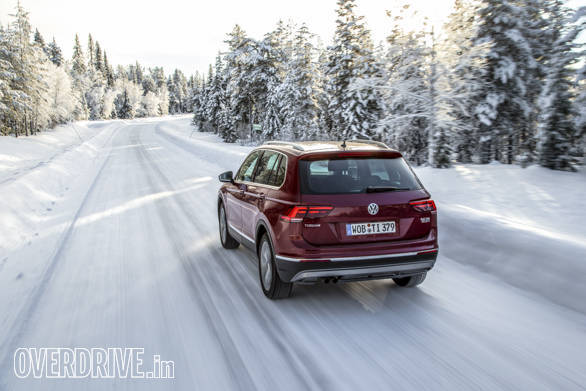 Like the front, the rear-end has sharp features that gives the Volkswagen Tiguan quite a bit of presence 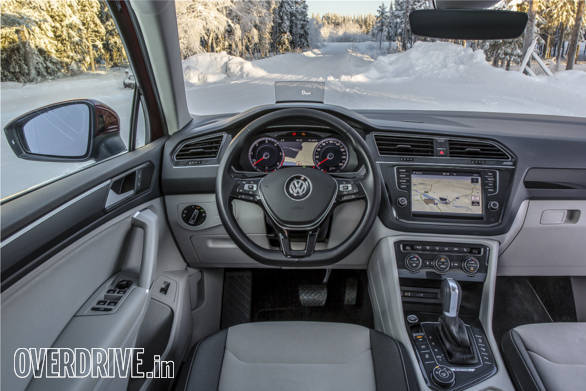 The interior is quintessentially Volkswagen  simple, neat and uncluttered 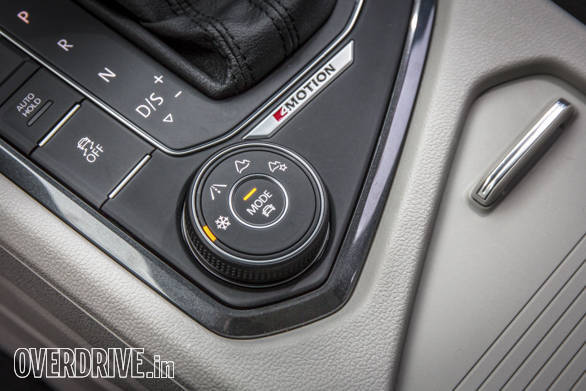 The Volkswagen Tiguan gets four driving modes  Snow, Normal, Off Road and Personal 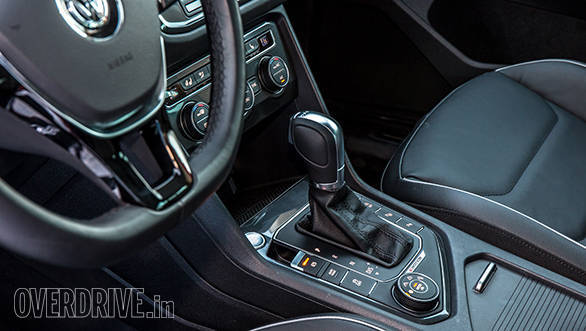 All the petrol engines are mated to a 7-speed DSG, while the base diesels will be available with a 6-speed manual 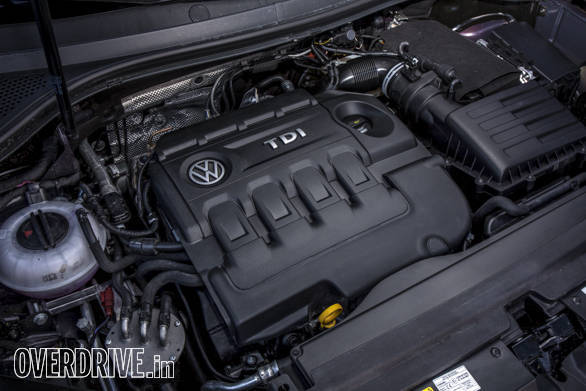 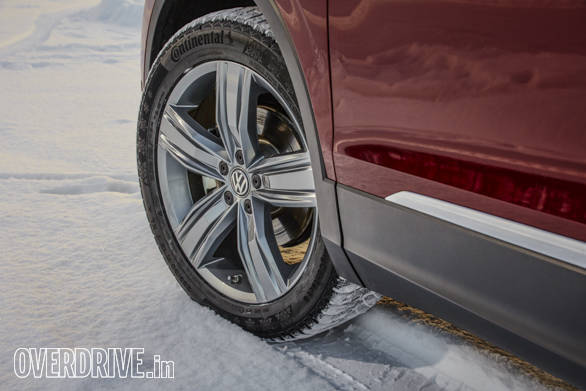 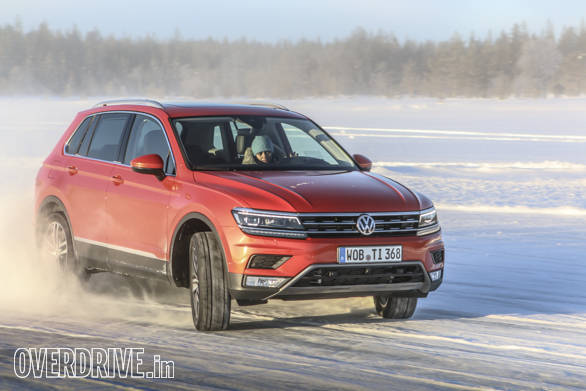 The top-end 2.0-litre TSI variant was quite the charmer as it was easier to drift in the snow than the 2.0-litre TDI trim

Also from OVERDRIVE on the Volkswagen Tiguan: