KTM has brought in the new Duke range in India today. The 2017 KTM 390 Duke is the flagship offering and is now priced at Rs 2.25 lakh, ex-Delhi. With the new design language and additional features, the new Duke has got even more desirable than before. The main changes are the new LED headlamps that will surely grab the most attention followed by the razor sharp tank extensions. Additionally, it also gets a TFT dash that looks similar to that of some of the bigger motorcycles. The motor makes 43.5PS of power at 9,000rpm and generates 37Nm of torque at 7,000rpm  that is 1Nm for than before. Get all the details of the 2017 KTM 390 Duke here. While a detailed review should be happening in the near future, here's the image gallery for all you KTM 390 Duke fans. 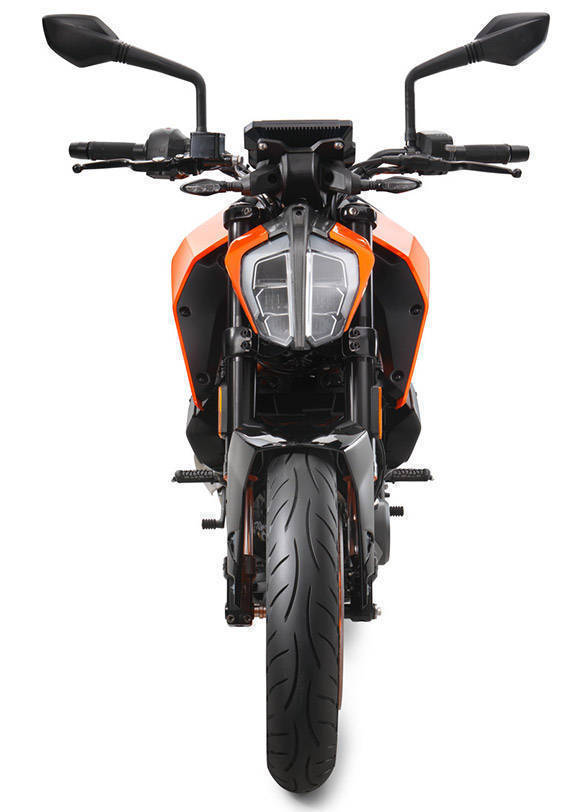 The new 6-LED cluster headlight on the KTM 390 Duke is a distinctive feature of the new KTM. It is always on and it looks distinctive and upmarket compared to the outgoing models. The tyres are Metzeler M5s as usual but the standard spec now is the new H-rated tyre 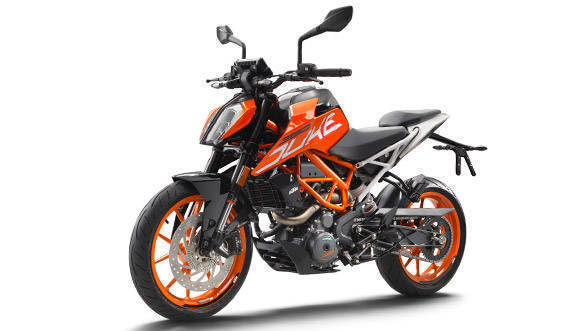 The KTM 390 Duke is all-new for 2017 featuring an update engine with ride-by-wire, new suspension, new brakes as well as this rather fetching new SuperDuke-inspired design. The new LED headlights and the colour TFT display are the twin visual highlights of the new Rs 1.73 lakh ex-Delhi machine. ABS is standard 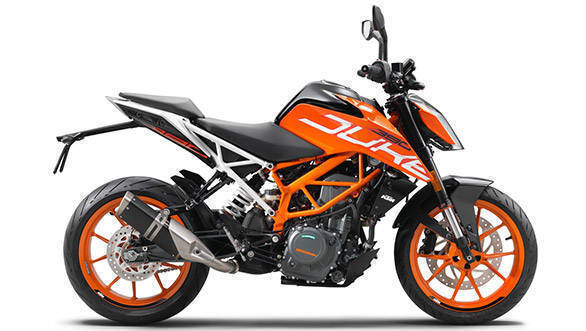 The side-slung exhaust is the by-product of Euro IV emissions compliance and is the primary reason the weight of the 2017 model increases by 7kg. KTM has gained 1Nm of torque which should help offset any performance loss. 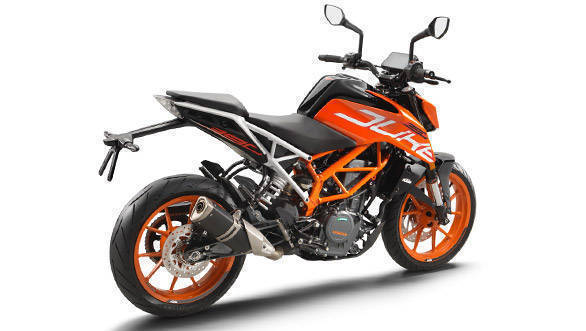 The 2017 KTM 390 Duke wears the new bolt-on subframe in white but the big change in useability terms is the softer new seat and the new shape of the tank which make it more spacious in feel. The new 13.5l tank should also make for fewer fuel stops out on the highway 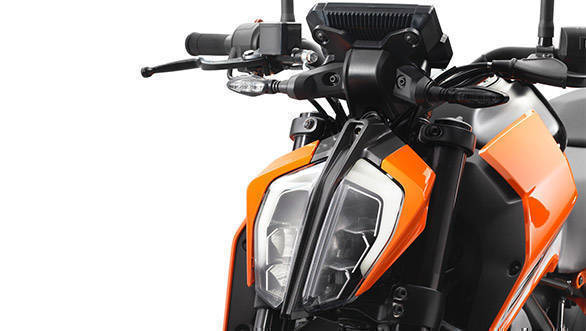 The new 6-LED cluster headlight on the KTM 390 Duke is a distinctive feature of the new KTM. It is always on and it looks distinctive and upmarket compared to the outgoing models. 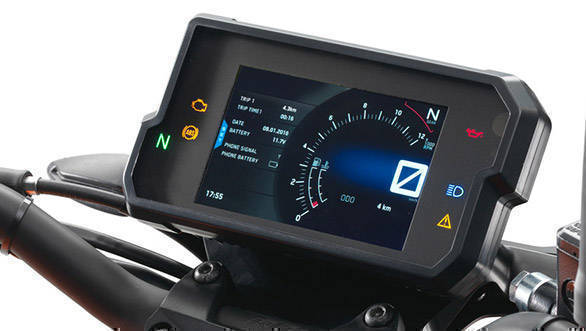 The 2017 KTM 390 Duke gets a new colour TFT screen. This is not a touchscreen and is controlled by a set of button on the left side switch cluster. Functions include the usual plus the ability to control a paired phone and music over bluetooth. The display includes a light sensor and switches between night and day modes automatically. The screen is exclusive to the KTM 390 Duke for 2017 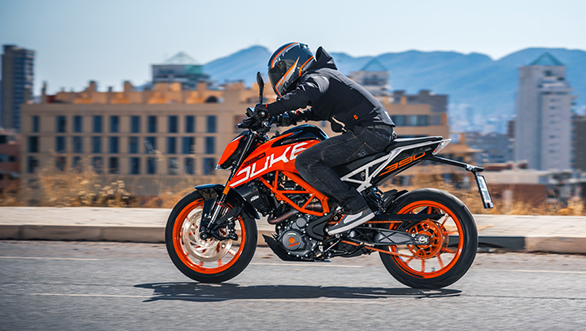 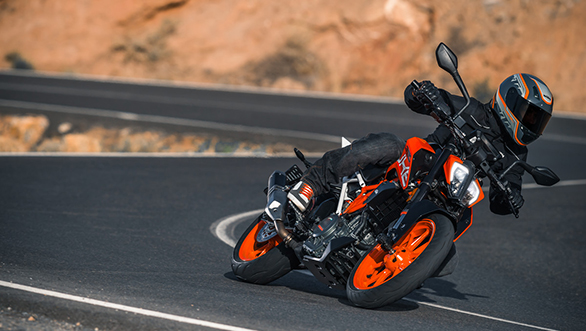 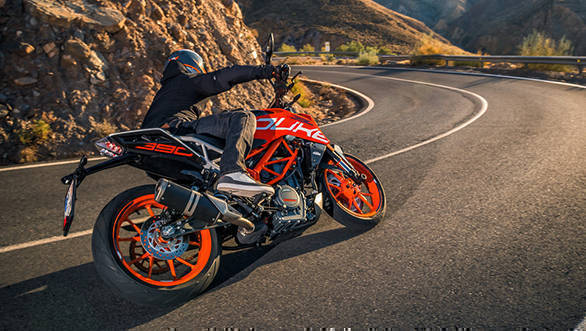 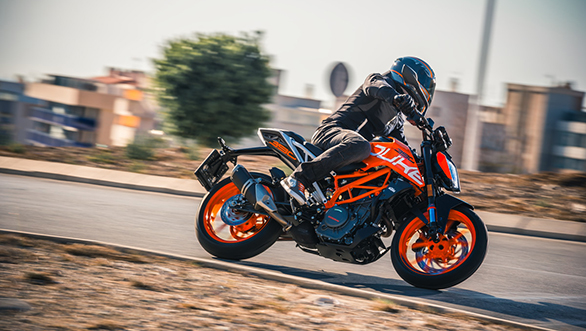